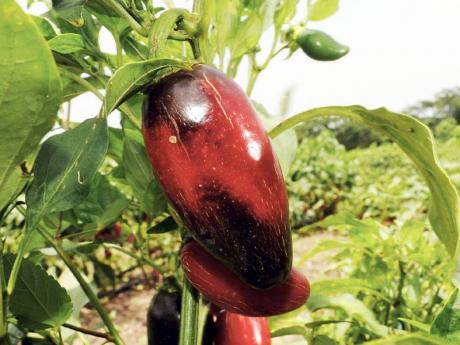 The peppers that have become loved for their therapeutic value are the hot-and-spicy chilli or cayenne peppers originating in Central and South America where hot-and-spicy food is a part of the culture. Discovered by Christopher Columbus, spicy peppers have been popularised around the world and are used extensively in Indian and Oriental cuisine and have been used for medicinal purposes.

The heat from cayenne peppers is because of the high levels of capsaicin they contain and its therapeutic value has been recognised in complementary medicine. Capsaicin can irritate the skin if applied to it.

Pulmonary experts have found that chilli peppers prolong life - cleansing the lungs in chronic bronchitis and emphysema. The pungent nature of spicy peppers through capsaicin makes them act like an expectorant which sweeps the bronchial passages along the way. Peppers stimulate the bronchial cells to emit a fluid to make secretions of the lungs and throat less sticky and thick. As such, chilli and other spicy peppers have come to be associated with good bronchial health.

Persons suffering from asthma will find that the extract of the hot pepper will provide relief, clearing out the bronchial airways. Sinusitis is another condition that can be helped by eating peppers which work as a decongestant. You make your own 'pepper' gargle from Tabasco sauce, sprinkling 20 drops in a glass of water and keeping to use for garlic. Surprisingly, it is not as harsh as the mouthwashes currently on the market.

Pepper extract is anaesthetic and provides relief for toothaches and conjunctivitis. The capsaicin in hot peppers can suppress pain by releasing pain suppressors to the central nervous system. The burning of the tongue sends signals to the brain to release endorphins which numb the pain while increasing pleasurable feelings. Anything to get you to wear a smile is worth trying.

Other therapeutic benefits of peppers include protecting the cardiovascular system by reducing the 'bad' cholesterol levels as well as the formation of blood clots which can result in a heart attack or pulmonary embolism.

To lose weight, you are encouraged to increase cayenne pepper in your diet, which increases your metabolic rate and the burning of fat. The addition of peppers, garlic and ginger to a meal, all have the same ability to enhance the burning of fat.

If you want to be a gourmet cook, peppers can add pizzazz to your dishes especially for Cajun, Spanish, Thai, East Indian and Mexican dishes. To change the taste of a hot cocoa and give it a Mexican flair, add a dash of cayenne pepper.

This barbecue shrimp recipe seems fairly easy and is a taste of Cajun cuisine. Through the recipes, you will get your dose of pepper to help you therapeutically. Just season the shrimp with the following barbecue seasonings, then bake for 10 minutes, then broil for five minutes.

2lb large shrimp (Do not peel)