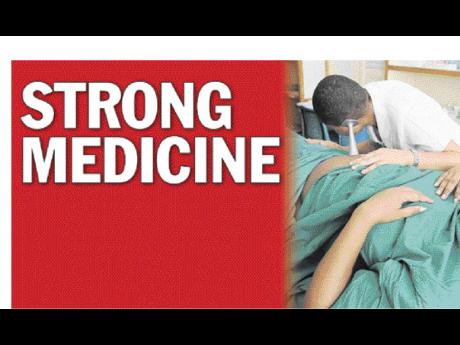 Jamaica's public-health sector is described as ailing and creaking with several concerns about the level of resources provided by the Government, but it appears that the system is not so bad after all.

In fact, the local health sector is good enough to attract people from other Caribbean countries and the United States who rush to the island to treat some ailments.

Dr Neville Graham, medical director of EMedical Global Jamaica Limited, which offers emergency medical evacuations, told our news team that his company brings more patients to Jamaica for medical attention than the number it takes from Jamaica to hospitals overseas.

"Jamaica has more patients being brought to the country than those being evacuated to foreign countries in search of treatment," said Graham.

He added: "We bring people from Cayman and other islands into Jamaica because, in some instances, we have better service than other places ... (and) we have a lot of Jamaicans who live abroad who would like to come down for their medical."

In addition to Caribbean nations, Graham said, some of the patients brought to Jamaica for treatment come from North America.

"Patients are coming from St Lucia, the Cayman Islands, Miami, Atlanta, Chicago, Washington DC, and New York. I even had one patient from Los Angeles," Graham said, adding that many of the patients are members of the Jamaican diaspora.

But that is not
news to Lyttleton 'Tanny' Shirley, chairman of the South East Regional
Health Authority (SERHA), who confirmed that foreigners and members of
the Jamaican diaspora come to Jamaica for
treatment.

"The quality of care being offered in
Jamaica is of a high standard," he said.

According to
Shirley, when visitors vacation in Jamaica, they too "come to our public
facilities ever so often. They seek care, do recovery, and then go back
to their jobs or where they originate from."

Shirley
added: "Certainly, in our public facilities we do see a lot of
immigrants seeking medical help; a large percentage is
Jamaica-born."

He pointed out that in a number of
instances, medical staff ascertain that the person lives overseas after
he/she has received treatment.

"Many times, they give
local addresses because of the no-user-fee policy. They would come and
we would not know that they are foreigners. We know for sure that there
are quite a lot of them, and we find that out in our follow-up care," he
said.

The SERHA chairman also pointed out that a
number of Caribbean nationals often come to Jamaica for treatment,
particularly in the country's referral hospitals, which include the the
Kingston Public Hospital, Victoria Jubilee Hospital, Spanish Town
Hospital, and National Chest Hospital.

Meanwhile,
Graham, who is also chairman of the Winchester Surgical and Medical
Institute, said that a number of the patients he treats in his private
practice live overseas.

"Twenty per cent of my
patients are from abroad, and we can increase that by having excellent
(medical) records," said Graham as he made a pitch for EMedical's
electronic health-record system that was rolled out last week at
Winchester Surgical and Medical Institute.

The medical
doctor is convinced that Jamaica can cash in on health tourism because
the country is a regional leader in many areas of health-care
provision.

"We have over 3.2 million Jamaicans who
want to come back to Jamaica for whatever reason, including for health
care," said Graham.

According to Graham, there are other private
health facilities in Jamaica that treat a number of patients from
overseas on a yearly basis.

Graham argued that Jamaica
can attract more patients to its facilities because "the cost is good"
and "most of our specialists are trained abroad" and "come with
technological and scientific know-how".

Shirley
endorsed Graham's view that Jamaica is prime to promote health tourism
because it's blessed with first-class doctors, nurses and other health
professionals.

However, the SERHA chairman said, to
maximise on the benefits of health tourism, Jamaica would have to
improve the infrastructure to create an ambience that is conducive to
good care.

In addition, Shirley said additional staff
and more modern equipment would also help the cause.

"I think we are getting there," he
said.

Everton Anderson, CEO of the Cornwall Regional
Hospital in St James, said he fully supported the idea of health
tourism, but cautioned that the quality of service offered to Jamaican
nationals must not be sacrificed on the altar of foreign
exchange.