A perfect record for Jamaica 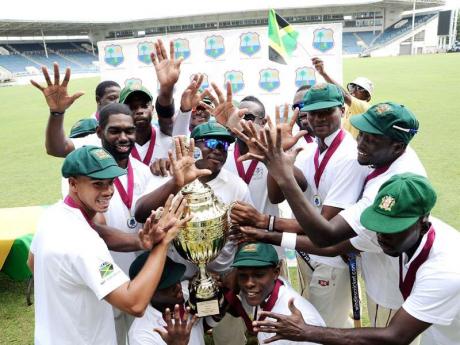 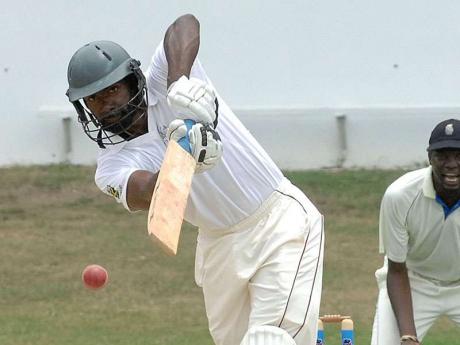 Jamaica's feat, however, was a new record, for the simple reason that while Barbados shared the title in 1976 with Trinidad and Tobago before going four times alone, Jamaica did it five times without sharing it with anyone.

In 1980, Barbados were awesome, beating Guyana by 10 wickets, Trinidad and Tobago by five wickets, Jamaica by an innings and six runs, and the Combined Islands by an innings and 18 runs, and this year, Jamaica were ruthless to all comers, whipping the Windward Islands by 81 runs, Barbados by 121, the Leeward Islands by 201, Guyana by eight wickets, Trinidad and Tobago by 192, and the Combined Campuses and Colleges by 154 runs, plus Guyana by 133 in the semi-finals and Barbados by 139 in the final.

This was indeed a satisfying season for Jamaica, for captain Tamar Lambert and his team, especially his bowlers, Nikita Miller and Odean Brown, Andrew Richardson and David Bernard Jr, more so for spin bowlers Miller and Brown, and also for coach Junior Bennett and trainer David Bernard Sr - the former Cavalier and Jamaica footballer.

In congratulating Lambert and his team on a job well done, however, it is difficult not to mention that the quality of play this season, especially in batting, was way below the expected standard, and although one cannot blame Jamaica for the lack of quality in the opposition, in the interest of West Indies cricket, in the interest of the West Indies team, the lack of quality must be addressed.

In 2012, although it is looking up, West Indies cricket is below expectations, the regional tournament is weak, one of the weakest in the world, and Jamaica are champions of a disappointing West Indies.

And the statistics speak for themselves.

In the 21 matches of the preliminary round, three lasted for two days - including the match between the CCC and the Leeward Islands in which the CCC scored 167 and defeated the Leeward Island by an innings and 15 runs - and nine finished inside three days.

To make matters worse, the two semi-final matches finished in three days with Barbados, scoring 223 and 216, defeating Trinidad and Tobago by 227 runs after dismissing them for 84 and 128, and Jamaica, after scoring 196 and 189, defeating Guyana by removing them for 126 and 126.

And the final was also a disappointment with Jamaica, after trailing on first innings, beating Barbados by 139 runs after dismissing them for 90 in their second innings, an innings which lasted for 26.3 overs in one hour before lunch and one after lunch on the final day.

The batting was dismal throughout a tournament in which only three batsman, Narsingh Deonarine 582, Assad Fudadin 576, and Donovan Pagan 453, scored more than 400 runs from as many as 12 innings each in the preliminary rounds, in which only 11 centuries were scored, and in which only one batsman, Fudadin, scored two centuries.

Against this, in 1980, a season when the teams played only four matches, a season when batsmen batted in eight innings maximum, the teams passed 400 runs three times with the highest being a total of 555, the lowest score was 145, 11 batsmen scored centuries, one on two occasions, and the highest run-getter, Richard Gabriel of Trinidad and Tobago, scored 444 runs.

The bowling this past season was totally different from the batting, so much so that the average length of the matches, the scores of the batsmen, and the rich harvest of the bowlers suggested that the pitches, mostly the Test match pitches at the Test venues, were bad pitches.

The spin bowlers bowled well, but not that well to boast such figures, to dominate good batsmen all season long.

This past season was without doubt a poor one for West Indies cricket. It was, however, a good season for Jamaica and for their captain Lambert, and especially so as they were, because of the changing times, without Marlon Samuels for all the season, Christopher Gayle and André Russell for most of the time, Brendan Nash and Carlton Baugh for some of the time, and also without Jerome Taylor, for whatever reason, for all the time.