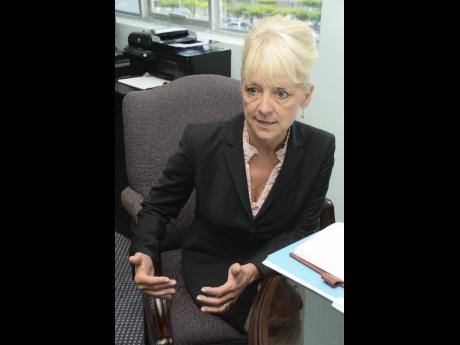 Tomblin: ... I want to get what we call a fresh-eyes approach. - Rudolph Brown/Photographer 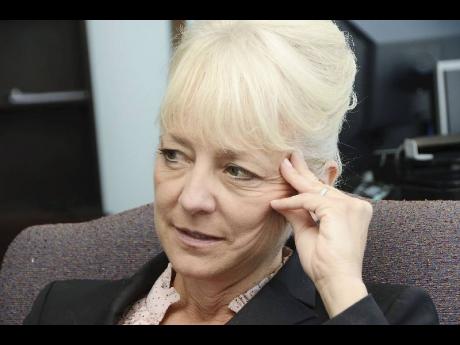 Tomblin: ... I want to get what we call a fresh-eyes approach. - Rudolph Brown/Photographer
1
2

Newly appointed head of the Jamaica Public Service Company Ltd (JPS), Kelly Tomblin, is supporting the company's monopoly on the transmission and distribution of electricity, even as she plans to take action to restore credibility to the organisation as part of the first order of business.

Kelly has agreed with businesses and residential customers that the existing price of electricity is too high, but has suggested that consumers seek to capitalise on the build-out of the proposed 360-megawatt liquified natural gas (LNG) plant at Old Habour, St Catherine, as a starting point to solving the problem.

"I think we have chosen some solutions that will work," she said, referring to plans to build the plant.

"My message would be, let's execute on a solution that we know will at least address, or help us address, rising prices and the lack of fuel diversity," Tomblin told The Gleaner in an interview last week.

Tomblin, who has worked in the utilities industry over the past 25 years, said she would be holistic in her approach to the job as the new chief executive officer of the JPS.

"I plan to start from top to bottom to look at the organisation, the effectiveness of its management, its process, people, and tools," she said, adding that she would be bringing in a consultant this week "to help me do my external evaluation, so I want to get what we call a fresh-eyes approach".

Tomblin, who took up the position under three weeks ago, said her first assignment was to restore credibility to and confidence in the JPS, a task she has decided to undertake with the support of the 1,600 or so employees, consultants, and partners of the island's sole light and power supplier.

Tomblin has re-emphasised the JPS's position that generation of electricity - 80 per cent of which accounts for the company's expenditures - is subject to competition and hence the only part of its operations that is monopolised is transmission and distribution.

Citing examples from the United States and other markets around the world in which she has worked, the CEO argued that having economies of scale requires some volume and suggested that a transmission and distribution system was best operated as a natural monopoly, meaning that customers get the lowest cost from having one operator.

She said deregulating a transmission and distribution system would require "a separate set-up of wires and poles, which I think we all would agree doesn't make much sense".

Tomblin said she and other representatives of the JPS met with Minister of Science, Technology, Energy and Mining Phillip Paulwell last week, but the question of the Government's review of the company's monopoly on the transmission and distribution of electricity as part of the administration's move to reduce costs was not discussed.

She said they were expected to continue those meetings, but was adamant, even in the face of the minister's stated intent to review the JPS's licensing arrangement that "it's been my experience that having smaller, disjointed T&D (transmission and distribution) organisations leads to increase in costs and not decrease in costs".

Tomblin said that was the basis on which companies in the United States, engaged in the transmission and distribution of electricity, were being consolidated under one ownership - to prevent the duplication of management, technology, and overhead costs.

On the question of her, as the new CEO, defending the JPS's monopoly on the transmission and distribution of electricity, Tomblin said: "I will support positions that in my experience have led to the overall least cost for the consumers of JPS because if I take my job seriously, my obligation is to push for policies and regulations that lead to the lowest cost."

Tomblin has been characterised as having well-honed negotiating skills, and according to her: "I hope that means that as a lawyer and a business negotiator, I have been able to present the real facts, the hard data, that support my position."