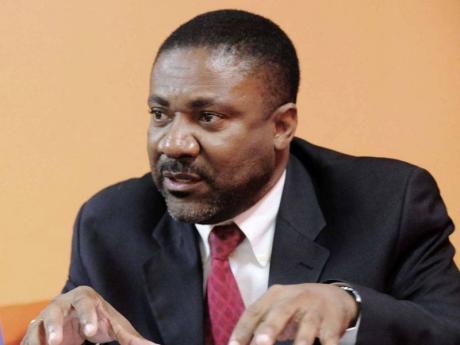 Power company Jamaica Public Service Company and its Asian owners plan to create a vehicle to own and operate the planned 360-megawatt plant, whose output will be sold to the electricity provider once it is commissioned, but Wednesday Business has learned that the Jamaican Government is gunning for a bigger share of the plant's ownership.

By virtue of its 19.9 per cent ownership in JPS, the Government would therefore own approximately 3.98 per cent of the US$614-million plant if it got built.

Last night, Minister of Science, Technology, Energy & Mining Phillip Paulwell acknowledged that his ministry was in negotiation with JPS and its majority owners to pick up a bigger stake in the LNG plant but declined to disclose how much more it is asking for.

"When the government took office, we realised that the GOJ only had a 4.0 per cent stake in the project. We are currently renegotiating our interest in the project," Paulwell told Wednesday Business. "But that is not likely to cause a delay," he said in a brief conversation.

Wednesday Business was reliably informed, however, that Paulwell is hoping to quadruple that stake to about 20 per cent of the plant, which is yet to break ground but is expected to be operational by 2015.

The source said Paulwell was gunning for more because he "wanted to maintain Jamaica's influence" inside JPS over the next two decades. The licence for the LNG plant will be for 20 years. The 20 per cent, he said, was equivalent to the stake now held in JPS.

"They are guaranteed a 20-year licence, so it would be foolhardy not to maintain a stake," the source said.

The push to own more of the plant comes as a local energy think tank is warning that the 360MW plant would likely cement JPS's monopoly on distribution, saying it would grow the utility's control of installed capacity from 75 per cent to 85 per cent.

Initially, when the Office of Utilities Regulation tendered the LNG plant, it was for the supply of 480MWs - 360 to be delivered in 2014 and the other 120MW two years later.

However, Wednesday Business has learned from top energy sources that that the second phase - the 120MWs - will no longer be done by JPS, but will be re-tendered by the OUR.

That process is said to be under way.

JPS is banking on the 360MW project to deliver savings of 30-40 per cent on electricity bills, but has warned that the savings are dependent on the Jamaica government following through on its plans to deliver the infrastructure and supplies of LNG. Otherwise, it would use the more expensive diesel as fuel source.

Jamaicans currently pay around 40-42 US cents per kilowatt hour for electricity.

Jamaica can also slash US$300 million or roughly 10 per cent off its oil bill if the plant is operated on LNG, the utility's chief financial officer Dan Theoc previously told The Gleaner.

Paulwell thinks the price of electricity over the period could fall further than JPS predicts, to about 55-62 per cent or around 15 US cents per kilowatt-hour.

LNG and coal offers a cheaper fuel source for integration into new power plants but these options have remained mostly stalled since the 1990s, in part due to political indecision.

JPS insiders have also acknowledged ongoing discussions with the government but are remaining mum on the talks.

Questions sent through official channels to JPS were unanswered up to press time.