When the law is a shackle 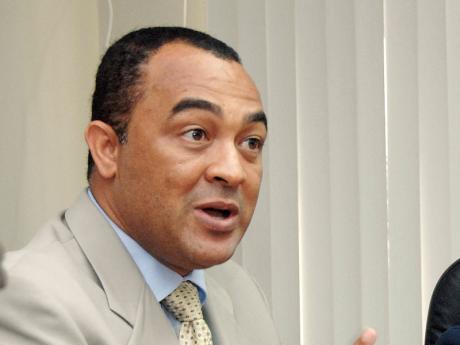 Minister of Transport and Works, Dr Omar Davies, has made it clear that the Office of the Contractor General (OCG) will not be allowed to restrict the progress of investment projects the Government is driving or trying to facilitate.

He was speaking in Parliament this past week in the context of an announcement to continue three projects, namely: the completion of the north-south link of Highway 2000; the Gordon Cay container trans-shipment hub, and the Fort Augusta container terminal. These are potentially job-creating opportunities badly needed in a struggling economy.

According to Dr Davies, he is "not picking a fight with the contractor general", but there is a real need to respond quickly to create economic development. The minister seems to be accepting that the process, from investment concept to implementation, under existing rules, is slow, inefficient and a turn-off to investors.

I empathise with the minister. Our economy does need additional economic activities, as quickly as possible, to cater to the thousands of Jamaicans out of work and with families to feed. With all the uncertainty surrounding the delayed Budget and warnings from the Government to prepare for challenging times (as the previous Government had said), and with JEEP not producing much to date, there is understandable anxiety to get going.

The strategy for governments to stimulate an economy in tight economic times through infrastructure projects and public-private partnerships has currency worldwide. Any observant traveller passing through North America these days will observe the Obama plan of infrastructure improvement, attempting to put Americans back to work. Roads and bridges are being repaired even when they don't appear to need it.

These are projects we could well do with here, but alas, we are in a perennial state of deficit management and our restrictions associated with borrowing do not give us that possibility.

It is quite understandable that if a government has the opportunity to fuel economic activity without breaching budgetary limitations, the obvious thirst for such activity will cause impatience for decision and action. So Omar has set the stage for any eventuality that may occur from the impatience of a minister wanting investment activity and a legislated independent watchdog, in the form of the OCG, insisting on process - wanting every 'i' dotted and every 't' crossed.

To add fuel to this potential flame are the minister's justification for his actions by citing the government procurement handbook, which sanctions direct negotiations with private investors, on merit, and with Cabinet approval. The OCG has always been uncomfortable with this, as it apparently sees it as an attempt to usurp its legislated authority and, perhaps, facilitate indiscretions that may be injurious to the public purse.

Making matters worse for the OCG is the announcement by the minister of a monitoring committee comprising distinguished Jamaicans like Prof Gordon Shirley and businessman R. 'Danny' Williams - which the OCG might interpret as a further attempt to erode its authority. I suspect that Greg Christie feels slighted.

I believe in the OCG and its role in ensuring transparency and probity in the handling of state resources. Greg Christie's approach to his role has significantly increased his and the organisation's profile and won him and the OCG tremendous public support and sympathy. His successor will have a hard act to follow.

But perhaps that successor should not attempt to follow Greg Christie's style and approach in its entirety.

The OCG, under Christie's leadership, instilled fear in public servants to do the right thing or face public embarrassment and/or prosecution. That is good motivation to discourage potential deviants. Meantime, his approach was so extreme it discouraged positive reinforcement on current public servants who became timid or unwilling to move the process forward.

Similarly, his approach would have had negative consequences on those with talent who may have considered giving government service but fear embarrassment and reputational damage from his approach to case management.

Too often under Christie's leadership natural justice seemed to have been ignored when investigations led to conclusions being drawn and public-relations campaigns mounted to expose apparent breaches even before the accused was given a chance to respond to charges.

Christie too often ran ahead of himself and became judge, jury and executioner without a trial. And even when the related legislated authority, the director of public prosecutions, ruled in favour of the accused, as it is her authority to do, Christie had to have the last word, deviating when the ruling was not in his favour. I have always found that approach to be inappropriate and one any future contractor general should avoid.

In his defence, Greg Christie will likely say he is following the letter of the law. The Contractor-General Act guides his actions and it is the legislators who created the beast, so any criticism should be directed not at him but at those who made the law. He would have a point there.

The truth is, Mr Christie is (although not always) right about his powers under the act. The difficulty is his style and approach, which often amplify the impact of his utterances without concern for the longer-term implications to the victims if he is wrong. It's a style that comes with big risks: when he is right, he sets an example of the deviant; but when he is wrong, he destroys reputations. The future there for calls for greater balance between rights and responsibilities, not just to the organisation; the OCG, but to those institutions and individuals, the organisation is charged to monitor and report on.

Dr Davies seems to be advancing a pre-emptive strike on Christie's style and his legislative powers. He is saying to the OCG that its involvement in these investment discussions is unlikely, given the history of the operations of the OCG, because of the urgency.

While his concerns are understandable, the minister may, over time, make matters worse, as he is attempting to establish another set of rules, even though for good reason, to usurp existing rules. It is a typical position taken by our policymakers in the past. We either change laws in an ad hoc manner to solve immediate challenges or create new ones and institutions to override existing established procedures. The net effect, over time, is administrative bungling from more bureaucracy and inefficiencies.

The minister would be better off looking at the laws that guide procurement and investment decisions, including the creature called the OCG.

Greg Christie would be right if he asserts that if you want a faster and more efficient process, change the process by changing the law! Time may not allow this now, since Omar, like all of us, wants job-creating investments as soon as possible, but over time, for better governance, this is the right thing to do.