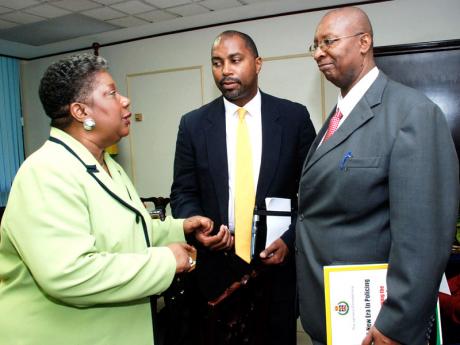 Western Bureau:Persons who might see a sweet deal in the bargain-basement-price assets of lotto scammers could be buying their way into trouble.

A senior police officer yesterday told The Sunday Gleaner that persons who buy the cars and other assets which are being sold "dirt cheap" could find themselves in trouble with the law.

"These items are the proceeds of criminal activities, so if you buy them, you are opening yourself up to the Forfeiture of Assets Act," the senior cop said.

"This is the kind of sweet deal that will turn sour once the police get involved," added the police officer.

Within recent weeks, lotto scammers in western Jamaica have been selling expensive vehicles and other items in a bid to shed the wealthy image they had taken on as a result of millions of dollars generated through the illicit scheme.

"Right now you can get a car that is valued at more than $2.5 million for about $1 million," an individual familiar with the lotto scam told The Sunday Gleaner last week.

In addition to the expensive cars, the scammers are said to be selling off jewellery, flat screen television sets, laptops, top-of-the-line car stereo systems and expensive car rims at prices way below market value.

"If you buy an item that is being sold below its true value, your natural instinct should tell you that something is wrong," the senior cop told The Sunday Gleaner.

"If it seems too good to be true, it usually is."

Quizzed as to whether buyers would still be liable for criminal action if they purchase an item without knowing that the seller was involved in criminal activities, the lawman said, "Ignorance is no excuse when it comes to the law.

"If you use clean money to buy a dirty item, the purchase becomes contaminated," noted the police officer.

"As a buyer, you need to exercise due diligence when buying an item because if you don't, you could find yourself in trouble."

Since late last year, the Area One Police along with the Organised Crime Investigation Division, the Mobile Reserve, the Constabulary Financial Unit and the Jamaica Defence Force, has been targeting scammers in western Jamaica, arresting them and seizing their assets.

After a protracted period during which the scammers were seemingly eluding the police, things have changed dramatically over the past six months, with some 80 persons being arrested and millions of dollars in cash, expensive cars, flat screen televisions and other luxury items seized.

With the Jamaican law reportedly lacking the teeth to bite the scammers, efforts are now being made to extradite some of them to the United States where the law is very tough on cyber-related crimes.

"Several of the persons who have been arrested for their involvement in the lotto scam will be extradited to the United States to stand trial," Senior Superintendent Linnette Martin-Williams, the former head of the St James Police Division told The Sunday Gleaner.

The lotto scammers have reportedly ripped off unsuspecting Americans of more than US$300,000 (J$26M) over the past three years.