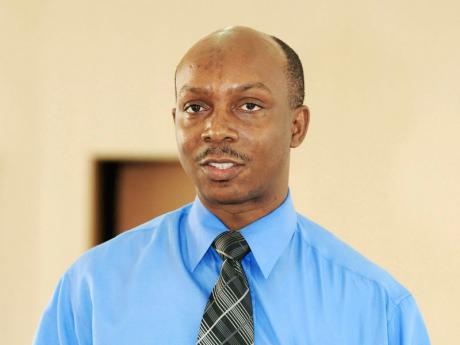 Despite the frequent periods of drought the country faces each year, the National Water Commission (NWC) has found enough water each year to sell to ships which dock in Jamaica's ports.

But the company is adamant that the profitable business of selling potable water to ships does not affect its supply to Jamaicans.

According to the NWC, where the water is taken from for the ships are areas where there is no shortage of the commodity.

Data obtained from the NWC revealed that between January 2009 and late April 2012 it earned $237.7 million for the 195,000 gallons of water it supplied to ships that called on the two piers in Ocho Rios.

During the same period, the company pulled in $23.6 million from four shipping-related water accounts in Montego Bay.

The recently created account at the relatively new Falmouth pier provided the NWC with $12.9 million between January 2011 and April 2012.

The NWC did not provide The Sunday Gleaner with the revenue it earned from the ports in Kingston and Port Antonio.

Charles Buchanan, corporate relations manager at the NWC, revealed that the company has been providing water for ships that pass through the region for years.

At one stage, the venture brought United States dollars to the NWC coffers, but that is no longer the case as the company now gets paid in local currency.

"The NWC supplies water to ships through third-party entities at a number of ports in Jamaica, specifically in Kingston, Ocho Rios, Falmouth and Montego Bay. This has been the case for many years," Buchanan told The Sunday Gleaner.

He said the Urban Development Corporation and the Port Authority are the other parties involved in the transaction.

Buchanan explained that the ships are watered by connecting to NWC lines that are set up at the ports.

While he admitted that the venture is a profitable one for the NWC, Buchanan cautioned that the revenue earned must be viewed against the backdrop of what it costs to deliver the service.

"It is profitable, but what is indicated is total revenue because there is a cost involved in delivering the service," Buchanan explained.

While attempting to put the profit into context, Buchanan argued that there was no way the state-owned company could have earned that level of revenue for the same amount of water provided to its residential customers.

"Domestic rates are heavily subsidised. Customers get the first 3,000 gallons at a fraction of what it really costs to get it to them. As you go higher, it comes closer.

"Commercial supplies are less subsidised and are closer to being a true reflection of the cost of delivering the service," Buchanan explained.

The NWC point man was at pains to point out that the water supplied to ships does not affect the company's ability to provide the commodity to its residential clients.

Not reason for dry taps

"No, it doesn't affect our ability to meet local demand. I am not aware of any instance where water supply to local customers has been affected by our supply to the ships," said Buchanan.

For those who find that claim hard to believe when there is no water in their taps, Buchanan said the dry taps experienced regularly by some communities is not because the island does not have water to go around.

He argued that it is largely a question of distribution of the commodity.

"Those problems (no water in residential taps) would not be solved if you don't sell the water available in the centre of the town.

"Where the NWC can provide service at a reasonable profit, it behoves us to do so because it allows us to be able to supply customers that are subsidised," said Buchanan.