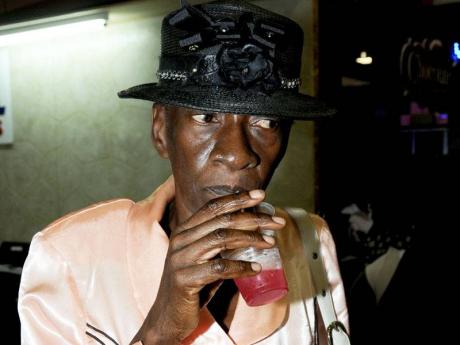 With an almost cult-like following, Expo Jamaica has won the heart of hundreds of persons both locally and overseas.

Still decked out in her church garb and sipping on a drink of the good old Jamaican rum punch, 56-year-old Lorna Godfrey was one of hundreds who just could not resist showing up at the event at the National Arena yesterday.

"I remember started coming in here to sell from in the early 1990s. Those days, I used to work at a factory, then about six of us as friends decided to come here and sell on the outside. I have been coming here every year from then," she told The Gleaner.

Taking a break from her business, the vendor made it clear that she was on a mission to sample all the delights that were being served at Expo Jamaica 2012.

"So far, I sample a little rum punch, little chicken and Lite Malta," she said.

From her utterance, it was clear that that it was the malta beverage which had captured her taste bud.

For someone who has been visiting the event for 20 years, Godfrey is more than qualified to speak on the changes it has undergone since its inception.

"A lot of changes have taken place. When I just started coming here it was free, we never have to pay any money like the $600 they are charging now."

"Back then, you never used to have so much things, it was mostly like Jamaican biscuits and juices, but now we have different people coming in with different products like beds, clothes and all of that," the quinquagenarian said.