Sex lessons my mother taught me 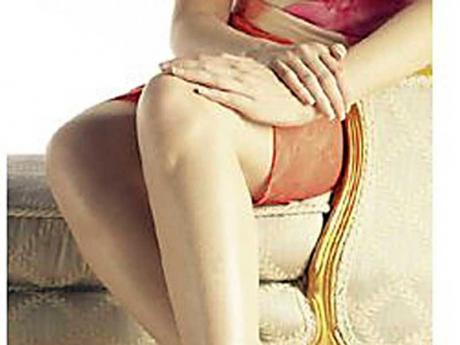 Mothers are special and as I celebrate the life of my mother, Rubertha, who recently made her transition at 92, I can recall her dedication to educating my brother and I about all aspects of our development, including progressive sex education along life's cycle. This was natural to her calling as a teacher and she carried her appreciation for sexual matters into her senior age editing my weekly articles before submission to the Outlook Magazine.

The first place that sex education should be taught is in the home. Sex education is also referred to as sexuality education or relationships education. My mother believed that sex education in the home would help us make safe and sound choices about our involvement in sexual activities. It is the right of every child to be informed about sex as a means of helping them make wise choices and feel confident in acting on these behaviours.

My mother was very conscious about having too many children and although my father wanted five, she believed from then that 'two were better than too many'. She wished for my brother and I to be afforded a good education and that she was able to do.

There were no nicknames in our house for the parts of the sexual anatomy. My mother believed that

these parts were just as vital as any other part of the body like the eyes, nose, ears, etc, and questioned why the parts of sexual anatomy should be given nicknames. Her students were also taught the correct terminology for the internal and external sex organs and were encouraged to use them in everyday discourse.

At a very early age, my mother debunked the 'birds and bees' story about conception by explaining in a simple way how I came about with mother and father's input. She stressed that the creation and nurturing of a new human being is something that should be planned and prepared for by partners. As I grew older, my mother unfolded more details of the conception and birthing processes.

As she prepared me for my first menstrual cycle, she stressed the need for being more responsible for my personal care. She also stressed the consequences of engaging in sex with boys in my community. As I grew up, she encouraged me to bring the boys home to visit. If I was seen talking to a boy at the gate, I could be sure to get a caning. As I entered puberty, a time of increased sex hormones and changes in the body, my mother stressed this was a time in which I was ready to conceive and again cautioned me about dabbling in sex which could result in unplanned pregnancies. She was candid enough to encourage the use of birth control if I could not 'keep my skin quiet'.

A prejudiced attitude and derogating one sex over the other was something my mother never practised in interacting with my brother and me. She never made me feel that I was the weaker sex just by being female and she encouraged me to stand up to my brother when he wanted to have one over me. She clearly defined our gender roles so that my brother and I could positively demonstrate our masculinity and femininity, respectively.

To love or not to love is the question. Mother explained the types of loves possible, including philia - love between friends to eros - romantic love, characterised by a person's preoccupation with a loved one. I learned from my parents how important it was to keep love at a passionate and compassionate level.

Deciding to become a parent

My mother knew that as I grew into a woman, there is the possibility that I might want to get pregnant. She was wise in her counsel for me to put education first, so that I could be independent and should I need to raise children when married later, I would have the means to make them comfortable. As a Christian, my mother believed in the institution of marriage. However, she was never condemnatory of anyone in the family or community who got pregnant without being married.

My mother was an early feminist as she refused to give up her last name after marriage. She attached great significance to her maiden name as she believed that this would help to clarify her independent status.

We grew up being afraid of the black heart man who may be in the community. The 'black heart man' was a paedophile who would kidnap young children for sexual pleasure. Mother explained the deviant approaches to sex as inappropriate, disruptive behaviour and criminal in some instances. She stressed why it was important to report any kind of inappropriate behaviour by anyone whether the person was known to us or not. She also taught me what was coercive sex and sex crimes which I could become a victim of through the use of force, power and persuasion by persons with deviant intentions.

For her giving me an appreciation of sexual issues and preparation for life in general, I remember my mother in the words of Howard Johnson as

M: for the million things she gave me

T: for the tears she shed for me

H: for the heart of purest gold

E: for her eyes, with love light shining

R: for right and right she will always be.

Happy Mother's Day to all mothers and caregivers!