Richards-Ross gets new diagnosis for illness 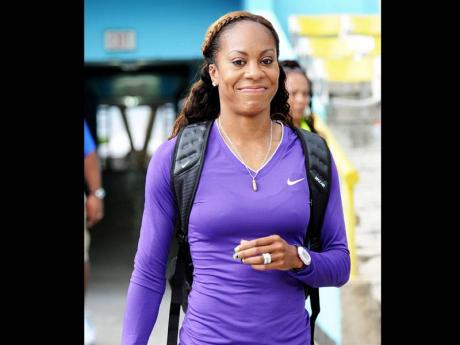 For Sanya Richards-Ross, the cure to the disease may be finding out she never really had it at all.

After spending five years fighting an autoimmune disease called Behcet's syndrome, Richards-Ross now thinks she may have been misdiagnosed.

A visit to a new doctor last year resulted in a new diagnosis, new treatment, and with the London Olympics less than three months away, the five-time United States (US) champion at 400 metres says she's feeling as good as she has in years.

"I feel as healthy as I've ever felt," she said yesterday at the US Olympic Committee media summit, where more than 100 American athletes are gathering.

Behcet's causes painful sores in the mouth and across the body and, at times over the past several years, those symptoms got so bad for Richards-Ross that she couldn't train.

It has been an ongoing issue for one of America's top runners. Though she would likely never admit it, her ongoing health issues might have contributed to a third-place finish in Beijing that left her crying under the grandstands after she had come into those Olympics as the odds-on favourite.

During interviews yesterday, she said she didn't want to divulge anything about her treatment or what, exactly, the new diagnosis is because it has only been about six months since her visit to the new doctor and there are still some doubts. She still deals with lesions and mouth ulcers occasionally "but not nearly as severely".

"I do feel better," she said. "I'm not being treated for Behcet's anymore. I'm really excited about that, but I still have a little time to go."

Richards won the indoor World Championships earlier this year in Istanbul. Last week, she ran 50.11 in Jamaica, which was .012 seconds behind Novlene Williams-Mills, whose 49.99 stands as the world's best time this year.