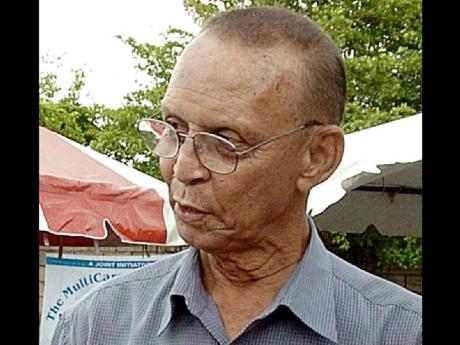 Olympian Keith Gardner, one of the most versatile athletes Jamaica has produced, is dead.  Gardner died at age 82 in the St Barnabas Hospital in Livingston, New Jersey, yesterday afternoon after a short illness.

"He died peacefully with his wife (Fay Stiebel-Gardner) and his three children (Maxine, Christine and Keith Jr) holding his hand," his cousin Julian Gardner told The Gleaner from New Jersey last night. "His vital signs went down at about 3 p.m. and he finally passed away about two hours later," he added.

Gardner had a coronary artery bypass surgery just under two weeks ago. He then suffered two strokes which left him on a respirator.

The former Black River High student was outstanding for Jamaica at the 1958 Common-wealth Games in Cardiff, Wales. He left the Games with gold medals in the 100 yards and 120 yards hurdles, as well as a silver medal in the 220 yards and bronze in the 4x440 yards relay.

He also won a gold medal in the 120 yards at the 1954 Common-wealth Games in Vancouver, Canada, and was a member of the bronze medal-winning 1960 Rome Olympic Games 4x400m team.

A former director of the Multicare Foundation, Gardner was integral in the personal development of many young lives, but had to give up his responsibilities in the organisation three years ago when he left to attend to his wife who was ill in the United States.

A day before he died, his longtime friend and protégé, Ray Harvey, described Gardner as a great asset to Jamaica's track and field and a key component to its development.

"Beyond being the successful athlete that he was, his influence was immense," Harvey said. "He was the first person who spoke to me about giving back, and he certainly gave back at all levels. He coached at the high school and senior levels and mentored many youngsters.

"He (Gardner) was my idol when I just started to do track and field when he was at the Commonwealth Games in 1958," Harvey, a former hurdler and national representative, reminisced.

According to Julian Gardner, the funeral for the late Olympian has already been set for June 9 in New Jersey.