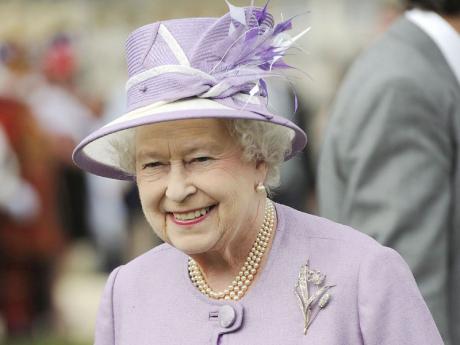 Their Excellencies Governor General Sir Patrick and Lady Allen left the island yesterday to participate in Her Majesty's Diamond Jubilee celebration that starts today and ends on June 6 in London, England.

Speaking with The Gleaner before their departure yesterday, Lady Allen said they have been invited to a number of events for the celebration as well as a reception with High Commissioner Aloun Assamba tomorrow to introduce her to the diaspora.

On Sunday, they attend a parade of 1,000 boats on The Thames. for the river pageant.

On Monday, Sir Patrick and Lady Allen will be among guests at the reception and Diamond Jubilee concert at Buckingham Palace, featuring a number of international artistes representing at least five of Her Majesty's six decades on the throne.

And, on Tuesday, they will be at the service of thanksgiving at St Paul's Cathedral, followed by a reception for foreign ministers at Lancaster House and later, tea with The Queen.

Lady Allen expressed pleasure at the invitation and said she had received several good wishes from Jamaicans to pass on to Prince Harry who visited the island earlier this year. They return home on Wednesday.