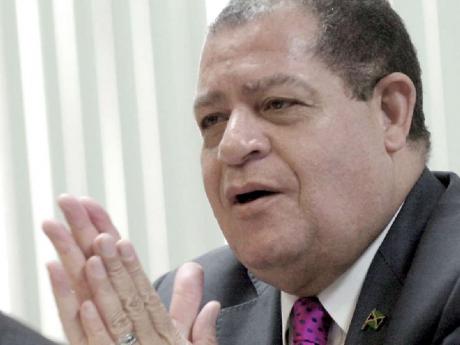 OPPOSITION SPOKESMAN on Finance Audley Shaw says he is not duty-bound to make suggestions on how the national Budget is to be funded.

His comment comes against the backdrop of a flood of criticisms by the parliamentary opposition on the tax package announced by Finance Minister Dr Peter Phillips last week.

"I am not obliged to have a counter proposal. The minister is obliged to come with something that is credible and is achievable," Shaw said yesterday.

He was speaking at a post-Budget press conference held at the Jamaica Labour Party (JLP) Belmont Road headquarters in St Andrew.

Asked yesterday what kind of tax package he would have presented to the country if he were the minister of finance, Shaw said, "You most certainly wouldn't expect me to provide an alternative tax package due today."

"That is something I would have adequately deliberated on if I were the minister," Shaw added.

Andrew Holness, the leader of the Opposition, said the Government's $19.4-billion tax package this year, which is annualised at $23 billion, has taken the country over the taxable level.

"The effect of that is that the Government will not be able to reach the targets that they have set," Holness said.

He said his administration would have been more creative in using the tax package to stimulate the economy.

Holness said a government led by him would issue bonds to persons who are owed withholding tax. He said people would be able to take those bonds to the bank and use them as investment instruments.