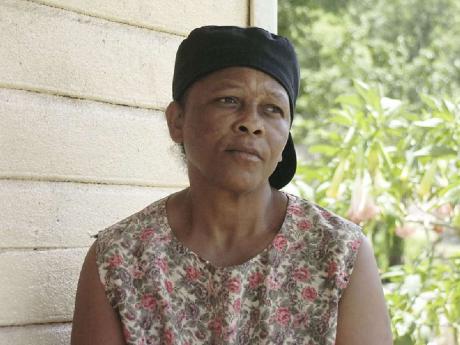 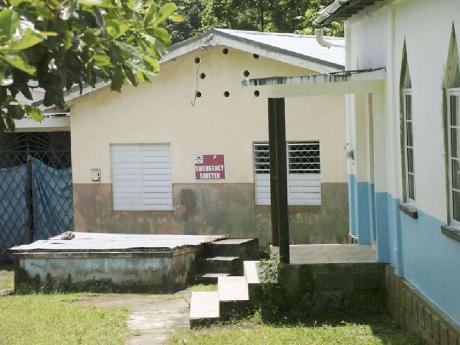 The emergency shelter in Chigwell, Hanover, situated next to the community's local Assemblies of Holiness Church. - Photo by Christopher Thomas 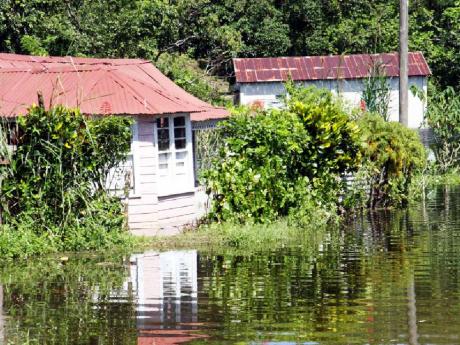 Residents of the flood-prone community of Chigwell in Hanover have adopted a wait-and-see attitude for the 2012 Atlantic hurricane season, which officially began yesterday.

The small farming area is often overwhelmed by floodwaters as high as eight feet during the rainy season, which leaves houses submerged and people as well as livestock displaced for drawn-out periods.

"Like how the hurricane season is on, we have to see how we can get [supplies] like flashlights, batteries, food, and store drinking water. But we can't meddle in God's business. It's just that we have to do, watch, and see," explained Dewer.

Chigwell's situation is compounded by the water running off from the neighbouring districts of Forrest and Pearces Village. During the passage of Tropical Storm Nicole in 2010, about 650 residents from the three districts were forced to abandon their homes due to heavy flooding in the area.

Shelter in need of repair

The local emergency shelter is headquartered at a small building next to the Chigwell Assemblies of Holiness Church.

"If you go up there, you can't carry anything up there. It's a little place. It can't hold so much people. Dem say you can't carry no furniture there," Olive Heaven, a resident of the community, told Western Focus.

But Camile Morris pointed out that in addition to the shelter's lack of accommodation for residents, the building itself is in need of repair.

"If we have hurricane and go to the shelter, it leaks. So nobody can stay there. It got fixed, but that was years ago. They just took off what was leaking and started again," Morris griped.

"I wouldn't call it no shelter. It can't hold more than five people and it's only one room. The Government needs to know that the shelter needs to be fixed. That shelter down there cannot hold anybody."

While the residents spoke at length about the impact of past floods, they say they will watch the developments for the 2012 hurricane season and act accordingly.

"We're not afraid ... . All we have to do is watch and see what happens," remarked elderly resident Winston Thelwell.

Disaster coordinator for the parish of Hanover, Desmond Dorman, said that Chigwell has been recognised in the past for its level of community organisation.

"Chigwell has a community organisation that has done outstanding work in organising the community for their perennial flooding problem. They now have quality and excellent water-storage capacity. They have good tanks and good water storage, and Chigwell has a supply of emergency equipment, wheelbarrows, raincoats, and power saws," added Dorman.

"We are cognizant of the fact that all shelters are flawed. An emergency shelter with a concrete roof, a concrete decking, is great in a hurricane, but it may not be so in an earthquake. But they are designed to be there for people who can spend the night."