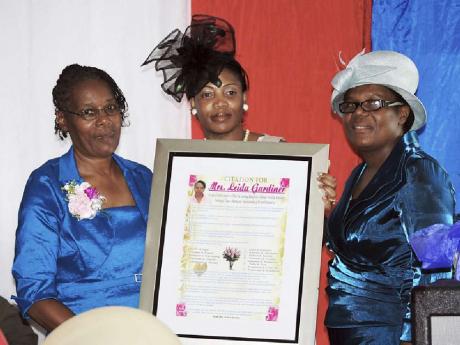 The almost-never-ending debate surrounding corporal punishment in schools has now been placed on the front burner by attorney-at-law Lowell Morgan, who says it is a well-needed disciplinary measure.

Speaking at an appreciation ceremony for retired principal of the Cairn Curran Primary School, Leida Gardiner, Morgan compared the years when corporal punishment was allowed in schools with the present time, and argued that the matter needs urgent attention if Jamaica is to avoid sinking into lawlessness.

"As part of the conversations of finding solutions, we need to examine how we discipline students from the basic-school level, and I am suggesting that we need to include corporal punishment in that discussion," said Morgan as he pointed to several recent incidents involving unruly teachers and students.

According to Morgan, it is ironic that these attacks took place after the students had been disciplined by teachers who did not resort to corporal punishment.

He argued that teachers are now faced with a myriad of issues, including scarce resources, inadequate teaching aids, inadequate compensation, and high levels of indiscipline.

The attorney said he was advocating corporal punishment in a structured manner.

"In instances where it is merited, it could be an option available to all schools in a structured manner because it cannot be that we simply suspend the child from school and allow the child to return with no behavioural change or opportunity for behavioural change."

Morgan also suggested two ways in which the teaching and learning process could be improved while at the same time reducing indiscipline in schools.

He proposed a mentorship programme of current teachers by retired teachers, and that ministers of religion become more active in school.

Turning to the compensation of teachers, Morgan argued that Jamaica is not as competitive as it ought to be because the classroom is not attracting the brightest and best people.

"If Jamaica is to attract bright, capable persons to the education sector, the Government needs to ensure that adequate provision is made for enriching the work environment of teachers, which includes how these individuals are paid."

Morgan was the guest speaker at the ceremony held to honour Gardiner, who spent 41 years as a teacher.

The ceremony, which was held at the Cairn Curran Moravian Church on Sunday, was attended by Member of Parliament Luther Buchanan, past students, representatives of the community, the church, the school, the parent-teacher association, the Ministry of Education, and the Jamaica Teachers' Association.