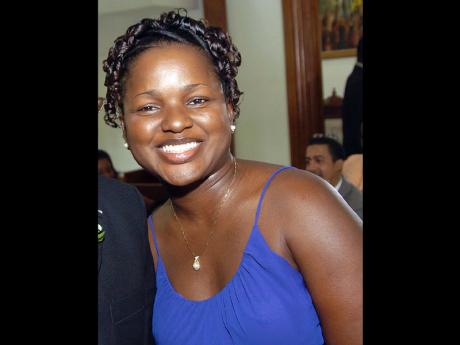 When Dr Pamela Charles-Pryce and her family boarded the Delta Airlines flight for a Jamaican vacation last Friday, little did she know she would be saving the life of a fellow traveller ... for the fourth time.

That was also the most interesting and serious encounter for Charles-Pryce in her 13-year medical career. Just about 40 minutes before landing at Sangster International Airport in Montego Bay, St James, there was a request for a doctor. "I put my hand up and was taken to a young man in his late teens who appeared to be semi-conscious. His twin brother who was seated beside him, had been trying unsuccessfully to talk to him and subsequently asked the flight attendant for help," Charles-Pryce told The Gleaner yesterday.

After a quick assessment, including checks to see whether the teen was on medication, the doctor learnt that his parents were also on board but not close enough to see his distress. She asked that he be moved to the back of the plane and put to lie down on the floor. His father did as she asked and Charles-Pryce issued a call for any nurses who were on board. There were five.

"I realised that my 'patient' had bumped his head upon entering the plane and had just gone to his seat. But he seemed to have had a seizure and was ice-cold when I checked his pulse. I requested, and was impressed that the Delta crew had an IV on board, but they wanted me to wait for permission from their United States authorities before treating him," Charles-Pryce said. She told them there was no time to wait, so she sought and received the father's consent to treat him.

She said the nurses were excellent, helping her to hook up the IV, giving the young man oxygen and helping her stabilise him. He revived almost as soon as the IV was in place. She had also called ahead to the Cornwall Regional Hospital and an ambulance was waiting for him when they landed.

Charles-Pryce has since checked with the Department of Neurosurgery at the University Hospital to see whether a report was made (if there was bleeding on the brain, they would be notified). However, there was apparently none done.

"Once you are on a plane and you put up your hand to help someone who is sick, it becomes your responsibility," she said in response to queries about how she felt after the event.

A family practitioner, Charles-Pryce received her medical training at the University of the West Indies and completed her residency in Brooklyn, New York. Now medical director for Concentra Urgent Care Facility in Atlanta, Georgia, she still sees patients but enjoys learning the administrative side.

The first time Dr Pamela Charles-Pryce, daughter of Parliamentarian Pearnel Charles, had contact with an unwell passenger was on a flight destined for Orlando, Florida, out of Kingston. "I saw a passenger in a wheelchair, and with an oxygen mask looking rather ill. She was travelling with her helper who had no knowledge of the severity of the illness and upon quick assessment, I realised the woman could die during the flight. I took the decision not to allow her to board the flight and I later found out that she died the next day," Charles-Pryce said.

The second time she was again heading overseas from Norman Manley International Airport and a teenage girl who boarded ahead of her, suddenly fainted. "I resuscitated her and requested an ambulance to take her to the hospital. It caused a delay but since we had not left the island, it was not so bad."

Charles-Pryce's third airborne medical emergency involved a Chinese national who spoke no English. That time the plane was only 20 minutes from touching down when the passenger passed out.

"He was already sitting in the back of the plane so I had him placed on the floor. But when I discovered the language barrier, I checked his hand luggage but all his prescription medication was in Chinese so, since he did not appear to be gravely ill, I treated his symptoms and he soon revived," she said.