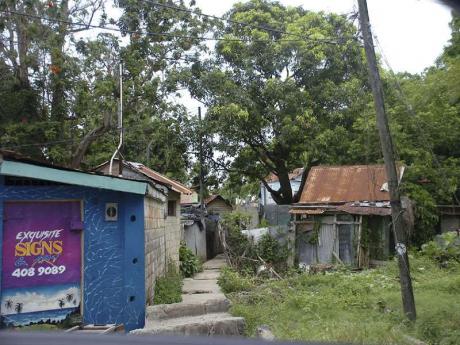 The entrance to a Long Acres settlement along Barracks Road in Montego Bay. - Photos by Stephen Brown 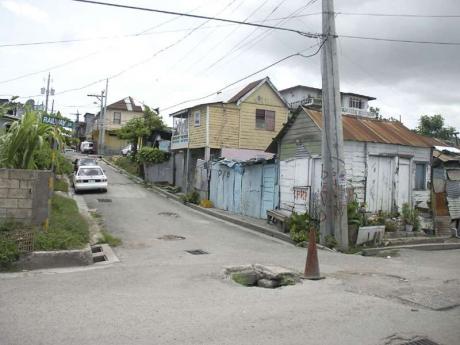 A section of the buildings in the Railway Lane area in Montego Bay, St James. 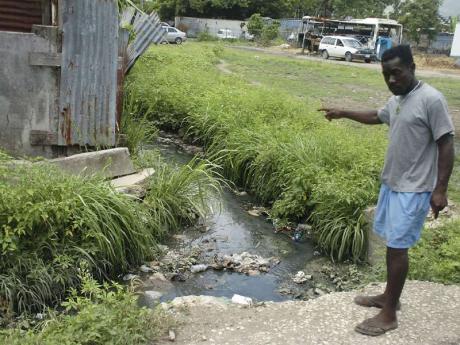 'Gregory', a Hart Street resident, points to a clogged drain that is a health nuisance in the Railway Lane area.
1
2
3

Squalor, grime and dilapidated structures remain the signal credentials of the inner-city community Railway Gardens in Montego Bay, St James, some 10 years after the Government announced a planned relocation of residents to facilitate the transformation of the area into a major commercial district.

"Redevelopment is a must for this area because if you look around here, you see that everything stand still," said Percy 'GG' Fearing, who operated the now-defunct Percy's Funeral Parlour in Railway Lane.

"I own my building here and individuals down here like me trying to do their own development but money is an issue."

Back in 2005, Fearing was one of several property owners who advocated for incentives to develop their real estate in keeping with the Greater Montego Bay Redevelopment Company (GMRC) Plan.

The GMRC is a coalition of groups which came about in 1995. The original plan was put forward two years later and was to form the basis for the new development order for St James.

But while the ambitious plan is entangled in bureaucratic red tape; housing and unemployment remain the major challenges for residents of Railway Gardens.

"The plan must still go ahead 'cause a whole heap a homeless people round here, literally. The work in the area would help to provide inner-city jobs," said a 29-year-old resident of Railway Lane, who identified himself only as 'Gregory'.

"Great talent is in the area and plenty old buildings. If work was in place when they handed over the Providence houses, many people wouldn't have to give them up because of mortgage."

According to Gregory, the residents are not seeking handouts, but would welcome benefits that can uplift their quality of life.

"Development and jobs go hand in hand for me. Right now, many are without a house and are without any jobs," said Patrick Bailey, who has called Railway Lane home since 2000 when he relocated from St Thomas.

"There is need for a proper drainage system because when rain fall, the water settle and the stinking scent get up on us down here," said Bailey as he urged the authorities to give urgent attention to the many needs of the area.