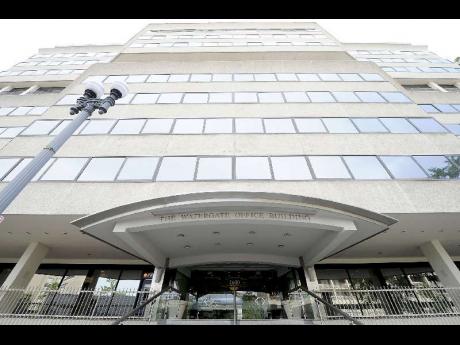 This photo taken May 30, shows the front of the Watergate Office Building in Washington. A unit on the sixth floor of this building is believed to be the former headquarters of the Democratic National Committee offices that were burglarised 40 years ago. - AP 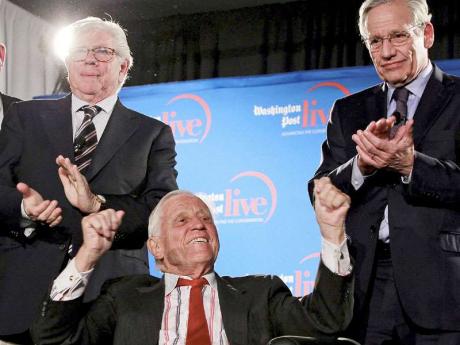 In the perfect hindsight of history, Watergate's 'what ifs' are still tantalising. What if a security guard hadn't noticed tape on a door latch outside Democratic headquarters at the Watergate office building?

What if a calculating president hadn't taped his private words for posterity?

And perhaps most intriguing: What if Richard Nixon had simply come clean about the break-in and cover-up and apologised?

Forty years of investigation, reporting, trials, debate and historical research have yielded no simple answer to the central riddle of how a clumsy raid that Nixon's spokesman termed a "third-rate burglary" became a titanic constitutional struggle that ultimately expelled him from office.

"The shame of it all is that it didn't have to be," Stanley Kutler, the dean of Watergate historians, told The Associated Press in an interview. "Had he been forthcoming, had he told his men, 'This is crazy, who ordered this?' ... (He) wouldn't have had this problem."

Of course, Watergate would never have happened had officials at Nixon's re-election campaign committee not responded to his ceaseless demands for dirt on the opposition by hiring E. Howard Hunt and G. Gordon Liddy. The ex-CIA and ex-FBI operatives presented an outline - code named Operation Gemstone - that included bugging and rifling the files at Democratic National Committee (DNC) headquarters.

"I was one of those who tried to throw cold water on Gordon Liddy's plans to break in - and thought I had done so," recalled former White House counsel John Dean. "But I hadn't killed the plans. It came back to haunt us."

Liddy and four others were caught red-handed early on the morning of June 17, 1972 - actually, the second of two break-ins at the DNC - when security guard Frank Wills, seeing the taped latch, summoned police.

"The insanity of it and the stupidity of it have never ceased to amaze me," Dean, who is now 73, said in an AP interview. Hunt died in 2007. Liddy, now a conservative radio host, declined an interview request.

While there's no evidence Nixon knew of the burglary plot beforehand, within days he was neck deep in a conspiracy to hide the burglars' ties to his campaign and the White House. Meeting with top aides, he readily agreed to paying hundreds of thousands of dollars in hush money and urged that the CIA intervene to block an FBI investigation.

Following the money trail eventually led investigators to the truth - and began a more than two-year legal war involving grand juries, Congress and the Supreme Court and ending when Nixon, facing certain impeachment, resigned from office on August 8, 1974.

Why did he do it? In his memoirs, Nixon said he wished his administration to be "the best chronicled in history". But without doubt he also wanted evidence in case someone attacked his decisions or motives.

What the system did, however, is capture him ordering Chief of Staff H.R. Haldeman to get CIA Director Richard Helms to claim national security grounds in blocking the probe. "Play it tough," Nixon instructed.

The president spent months battling disclosure of conversations like that. But Kutler wonders what if instead, early on, he had adopted a different strategy and made a clean breast of things. Might America have forgiven him?