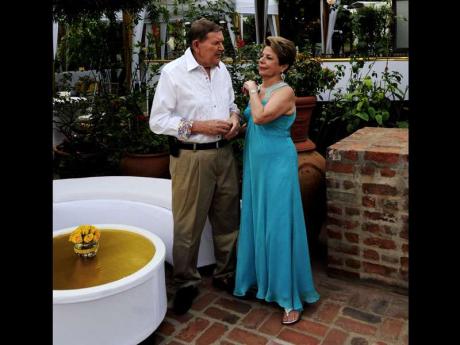 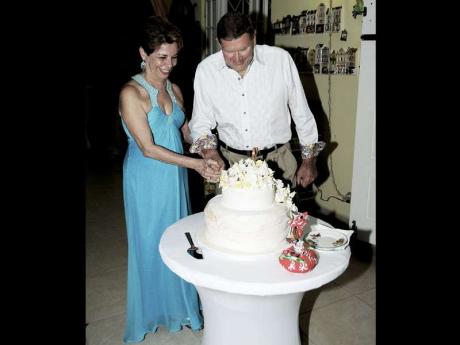 Richard and Diana Stewart cut their 50th wedding anniversary cake at a lavish party at the Dunsiane Corporage, Gordon Town, on Saturday, June 9. 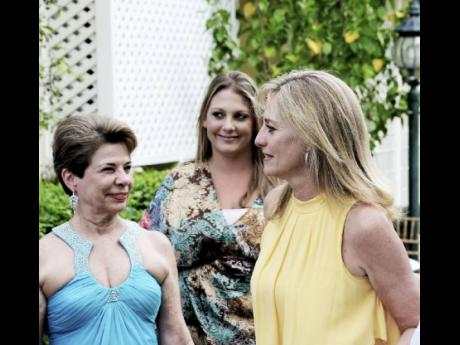 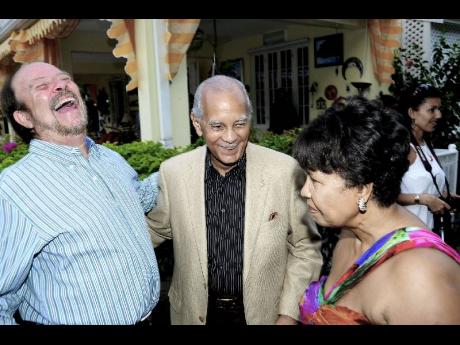 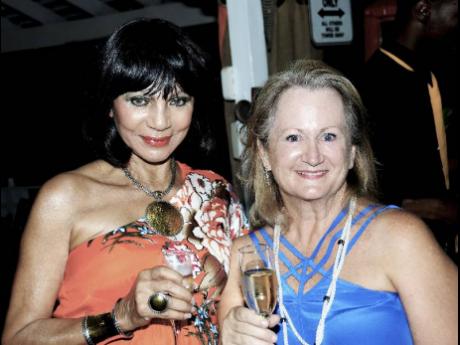 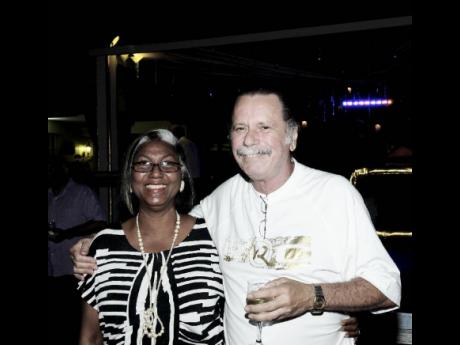 While most experiences in life redound to the unique on the personal level, there are some that are truly historic in context and content, and, while uniquely personal, have a broader and even national significance due to the impact those personal experiences have on the process of nation building.

Indeed, personal achievements take on more awe-inspiring poignancy when taken in the context of individuals whose motivation was that of doing the right thing for their family and community, and in so doing, their actions imprint themselves in the national dialogue. This, it can be argued, has been the lot of Richard and Diana Stewart who, on Saturday, June 9, celebrated their 50th wedding anniversary in what was a truly fabulous reception and party at their Gordon Town, St Andrew, riverfront home that will be long remembered for its social eloquence!

Well, my dears, so it is with Richard and Diana Stewart, who 50 years ago, on the very eve of Jamaica's Independence, decided on cementing their love for each other by walking down the aisle as a symbol of their commitment and love to each other.

Well, many, many moons later, Richard and Diana Stewart successfully parented into adulthood their offspring, Duncan and Jacqueline, and are now proud grandparents to five children. Along the way, the very charming couple built a thriving business from the very bottom up. It is now a household name in the pantheon of Jamaican businesses, as the couple pioneered their Stewart's Auto Supplies, that was the official parts dealer for Rootes Motors to service the fleet of largely British vehicles that was the predominant class of vehicles on the island at the time, into a conglomerate that now includes Automotive Art, industrial equipment such as Bobcats, JCBs forklifts, AC Delco batteries, Suzuki, Mitsubishi, BMW, and the acquisition of Motor Sales, and with it, the Mercedes line, including the Mini.

Indeed, Richard and Diana Stewart are not just known and celebrated as a dedicated and hard-working couple, committed to their family and friends, but they are also celebrated for their hands-on philanthropy, as unlike many in their social circles, they do not believe in chequebook philanthropy, where they donate from afar as a kind of a salve. They actually get up-close and personal when it comes to staging interventions as they do with the Richard and Diana Stewart Foundation, which is dedicated to providing housing and educational opportunities for the indigent.

At the civic level, as head of the American Chamber of Commerce of Jamaica, Diana Stewart was the driving force behind the building of a new and interactive police station and clinic in the community of Grants Pen, resulting in what was a volatile community now being a relatively peaceful model community of tolerance.

Indeed, theirs is a legacy of hard work and dedication that speaks to a commitment to their community and country that is worthy of emulation and commendation.

Anyway, my
dears, to celebrate their golden wedding jubilee, the Stewarts threw a
reception last Saturday that got under way at 5 p.m., the time the
couple actually exchanged marital vows on the June 9, 1962. And, as was
the case 50 years ago, the maid of honour, the charming Joan
Bryden-Whelan - who jetted in from her studies in Canada to perform the
role - jetted in again from Canada to toast the couple on their
milestone anniversary.

Well, me daahlings, with this
being the Stewarts' golden jubilee, the truth is those invited to share
in commemorating it were expecting nothing but a smasheroni. And, my
dears, suffice it to say, they were not disappointed, as indeed, when
the last song had been sung, the last of the gourmet fare had been
taken, and the last flute of champagne had been swilled and enjoyed,
there was none who could not say this was a celebration of which I was
truly happy to have been a part!

My dears, we are
talking a celebration of the flawless kind here, as in gourmet service
and order and nothing but, as indeed, the Stewarts transformed their
fabulous estate into a style-perfect magma, with lounges and
bistro-style accommodation; celebrity chef, the renowned Suzanne Couch,
in house, creating her culinary magic; a juice bar, a champagne bar, and
a premium bar, and a battery of waiters, at everyone's beck and call
from the very get-go and then some!

Luv, we are talking, music through the
ages as Johnny Rodgers took guests on a musical escapade that spanned
the decades, and had guests up and dancing, but it was the command
performance by the iconic Ernie Smith and Pluto Shervington that proved
not just fabulous entertainment, but was, in essence, a cultural and
social journey that not only mesmerised. It truly transported guests to a
time when the perception was that ours was truly a kinder and gentler
society.

But luvs, talk about beautiful, it was a
night when beauty, style and elegance trumped all else, and pure
sophistication reigned, alongside Moët &
Chandon!

Daahlings, talk about a champagne party!
Well, pumpkins, this was it and then some!

No long
ceremony here, merely an acknowledgement of the occasion by MC Mario
Machado, with toasts from family friend Robert MacMillan, Joan
Bryden-Whelan, a charmingly lovely poem dedicated to the celebrating
couple by their grandchildren, and the response by the 'bride and
groom'. Then it was back to celebrating the event in free-flowing
style!

Oh, my word! What a night! Dears, it was
totally fabulous and nothing but!

Dears, it was all too fab for mere
words!