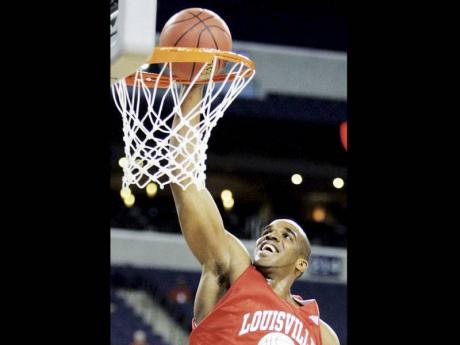 The event will tip off today in Puerto Rico with Jamaica playing Costa Rica in Group B. The Jamaica team will be aiming to better their fifth-place finish at the last championship, which was held in the Dominican Republic.

"I think our chances are very good, we just play to our potential," said a confident Samuels, who along with another New York Knick, Jerome Jordan, is expected to provide the team with a stong inside game.

"Myself and Jordan are good post up players, and if our point guards can get the ball to us we can create problems," he declared.

Ewing Jr, in the meantime, who now competes in the NBA's Development League, explained that this was the third time he was competing for Jamaica in a major tournament, and this is the strongest team he has seen assembled.

"I am impressed with the team we have put together," he proclaimed.

"It is just for us to come together and put it all on the court, and demonstrate that Jamaica can produce a good basketball team."

Jamaica have been drawn in Group B alongside Costa Rica, the Dominican Republic, Mexico and the US Virgin Islands.

The top four teams will qualify for the 2013 FIBA Americas Championship, which is slated to feature the United States and other top basketball playing countries.