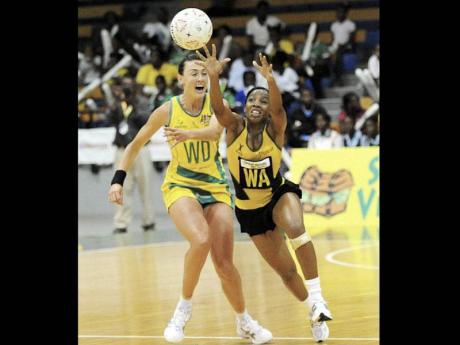 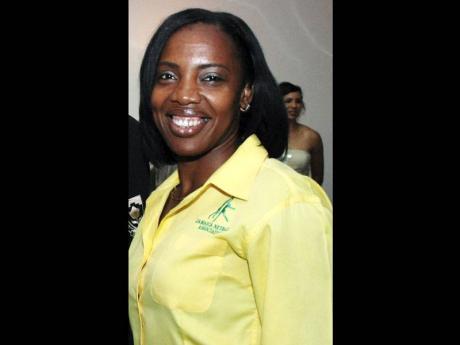 Sunshine Girl veteran Nadine Bryan has been there and back; 100 times to be exact, and despite the ecstasy of her recent international netball centenary, it's the very first call-up to the senior squad that is dearest to her heart.

Bryan, after returning to Jamaica from starring for the island at the Under-21 World Youth Championships in Toronto, Canada, in 1996, was on a flight a day later, heading to St Kitts and Nevis for the Caribbean Championships at the request of then senior team head coach Maureen Hall.

A tour to England followed shortly afterwards for the bright-eyed midcourt attacker, but as far as the coaching staff was concerned they had found a diamond.

"I do remember the first game with the senior team," Bryan smiled after Jamaica's 63-48 Supreme Ventures Limited Sunshine Series win over South Africa on Friday evening inside the National Indoor Sports Centre - her 100th appearance for Jamaica.

"To make the senior team from the Under-21 was always something special for me. I was at the Championship, I came back to Jamaica and the next day I had to leave. It was a very exciting experience for me," Bryan recalled. "I really wanted to play for the senior team and I worked hard for it and was determined to keep my place and make sure I was always in the team."

An accountant by profession, Bryan has spent the last 16 years crafting a worldwide reputation as one of the most calculating and clinical midcourt players in international netball; always on the move, incisive and energetic on the court.

The current captain of the Sunshine Girls team, Bryan laughed when asked if she has another 100 games left in her, but made it clear that retirement was not quite on the agenda just yet; good news for Jamaica, with the team in the middle of a rebuilding process.

"I'm not sure how many more games I'll play but I am not thinking about that yet. As long as I am healthy and able to represent the team, I will be here," Bryan smiled before touching on her 100th cap, for which she received a special plaque from Jamaica Netball Association (JNA) president Marva Bernard, who was the manager of that World Youth Netball team in 1996.

"It's a wonderful feeling and I am honoured to have represented my country for all these years. I did think about it coming into the game, I know that I have played a lot of games for Jamaica, I was not sure how many but they said it's 100 and I am very excited," said Bryan.

Once the baby in the bunch, these days, the 35-year-old University of West Indies student and player is definitely the big sister of the group. She has grown to accept her added responsibilities with the team and has high ambitions for the new-look Sunshine Girls squad.

"This is a wonderful bunch of ladies who are very easy to work with. They respect us as senior players and they are very excited and want to play. Teams in the past were very experienced. This is a young team, not a lot of experience, but still very good," said Bryan. "I am normally a very observant person and I don't speak unless I have to but I have changed a bit over the years and I am getting better and more comfortable with my responsibilities."

She may not play for another 16 years, but Bryan has already left an indelible mark on local netball. The question is, will the JNA have to go diamond hunting soon, or is there already a gem among the current lot?