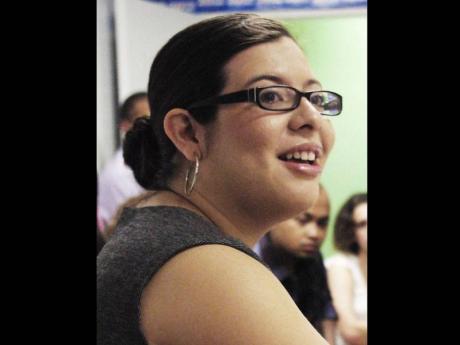 THE FIRST and only openly gay woman to be elected to the Texas House of Representatives has suggested that a key to promoting the liberty and equality of all Jamaicans is to allow openly gay Jamaicans to serve in key political positions.

Jamaica's political leadership - both the Jamaica Labour Party and the People's National Party - have made globally renowned statements in recent times on whether they would allow openly gay individuals to serve within Jamaica's Executive.

In 2008, then Prime Minister Bruce Golding told a 'BBC Hard Talk' interviewer, "Not in my Cabinet," when asked if he would ever appoint an openly gay elected official to the Executive.

On the contrast, in a national leadership debate just before the 2011 general elections, Prime Minister Portia Simpson Miller stated that she would appoint persons to Cabinet positions based on merit rather than sexual orientation.

To state representative-elect Mary E. Gonzalez, denying opportunities to homosexuals solely based on their orientation is a form of oppression. She noted, essentially, that as long as the oppression of one group of individuals continues, the society as a whole will continue to suffer.

"I think part of what reinforces oppression is us oppressing each other. So I think that if we ever want to see the end of oppression it's about promoting liberation and equality for all," Gonzalez said in a recent interview.

Gonzalez, who is no stranger to Jamaica, was directly responding to the question of whether she thought it was important for Jamaicans to allow openly gay individuals to serve in representational politics.

"I came from a community that also had struggles with inclusivity and equality when it comes to homosexuality, " she pointed out.

Gonzalez's election has broken many barriers in the State of Texas. At 30 years old she will be the youngest member of both the House and the Senate after November's election. She is also the first woman to win her seat, District 75 in El Paso County.

The Gleaner interviewed Gonzalez in Austin, Texas as a part of the Washington Foreign Press Center's 'Youth in Politics' reporting tour 2012.

Throughout the tour, the issue of same-sex relations and the American voter was a central theme, arising at almost every meeting The Gleaner attended in Washington, DC, and both Austin and Houston, Texas.