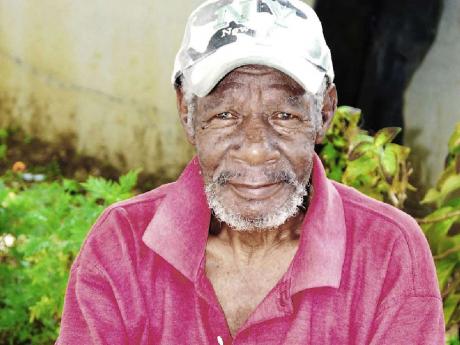 The community of Accompong is home to descendants of freedom fighters who battled the British army for 80 years. But despite its violent history, the Maroon village has remained crime free.

"We believe in the value of the life of others. Crime of no sort is tolerated here," said the chief historian, Melville Currie. "Every member of this community is a police, and this is a standard we intend to maintain."

In fact, only three murders can be recalled in the community, and two have been labelled accidental.

"Outsiders have to give good reason why they are here. We have no jobs here, so it is not a place for idlers. We only hear about things like the lotto scam on the news," Currie added.

A winding road leads to the village, which sits on 1,500 acres of land with homes located within a one-mile radius of each other. The vigilance of the community members was evident.

Immediately after this reporter arrived in the community, residents were enquiring about the purpose of visit. This was then relayed to every curious person who passed by.

While crime is not a problem in the village, the residents say all is not well. Accompong residents say they have been receiving exorbitant water bills, although they have not received the commodity in their pipes for more than five years.

"We are getting these big bills and we are not getting water," said Avis Rowe as she showed Western Focus a $105,000 water bill. "They cannot continue to do this to us because we have to be depending on the springs, or rainfall, to survive."

According to Currie, representation has been made at the National Water Commission's Montego Bay, Mandeville, and Black River offices, but nothing has been done to address the situation.

There is also a high level of unemployment in Accompong, and despite relative success in domestic sporting competitions, there is no recreational area for the youngsters.

"All we want is technical assistance and a tractor," said Sheldon Wallace, who is in charge of youth development, sports, and talent exposure.

"We have the land, and the young men are willing to provide the labour, but despite our cry, nothing has happened."

With a training facility in the community now closed, Wallace says he is concerned about the increasing number of idle hands in the Maroon village, and with no market for their produce, not many see farming as an attractive option.

"What we are on the lookout for at this time is outside influence," added Wallace. "Men in earrings and tight pants are against the Maroon tradition, and that is something, that will never be allowed here."