Discovering the Buda side of Budapest 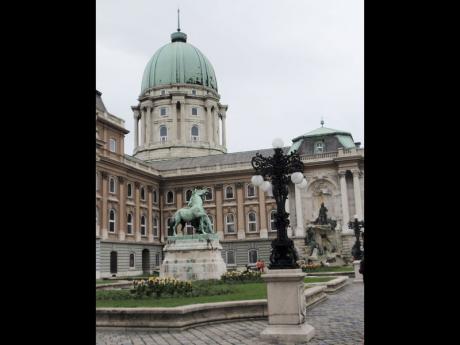 Dome of the Royal Palace with matyas Fountain to the bottom right - Photos by Laura Tanna. 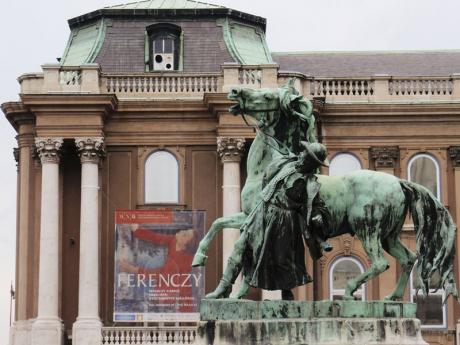 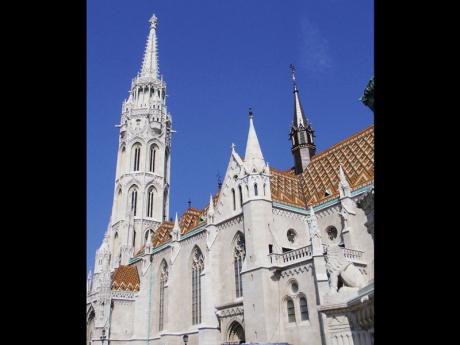 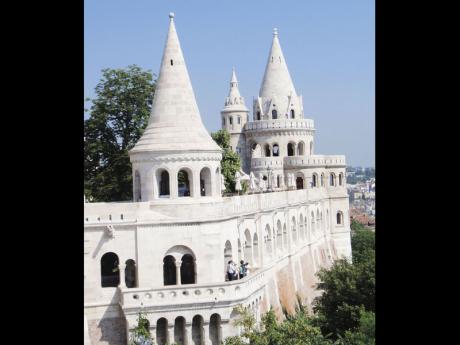 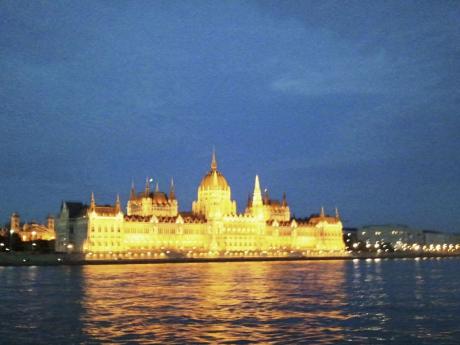 Parliament building at twilight from a cruise on the Danube River in Budapest.
1
2
3
4
5

A horrifying memory of my childhood was listening to the radio broadcast as Soviet tanks rolled into the streets of Budapest to crush the Hungarian Revolution of 1956 against totalitarian communist rule. I knew so little else of Hungarian history, when we visited this June, that I was surprised Hungarians come from a race of people originally in the Urals of Central Asia led by Prince Árpád of the Magyars, their ruler from 896 AD.

His grandson, King Stephen the First, established Christianity in Hungary from 1001, and the country's greatest period of independent monarchy under King Matyas Corvinus lasted from 1458-90. Later, Hungary was divided between the Turkish Ottoman Empire and the Austrian Habsburg Dynasty until 1686 when the Austrians drove the Turks out.

From 1867, Austria and Hungary were administered as the Austro-Hungarian Empire but after World War I Hungary lost the territories which became Romania, Czechoslovakia and Yugoslavia and became one-third the size of what it once was. With the end of World War II, the Soviet Union took over Hungary until the Soviet Union's collapse in 1989, at which point, Hungary became the first former Soviet country to adopt democracy and, in 2004, joined the European Union. This thumbnail sketch doesn't begin to describe the complexity and richness of Hungarian history, art and culture.

The architecture in Budapest alone is fantastic, with intricate sculpture, though some of the buildings are still riddled with bullet marks from 1956.
Budapest is actually an amalgamation from 1873 of three towns, Buda and Obuda on the western side of the Danube River and Pest (pronounced Pescht) on the eastern side. Today Hungary boasts a population of 10 million with 20 per cent of them living in Budapest.

But let me start at the airport where the driver - arranged by our hotel - picks us up and proceeds to describe the dire state of Hungary's current economy. Despite 30 minutes of depressing greeting he is a good driver, and we arrive safely at the Hilton Hotel on Buda hill. We're told it was Hollywood actress Zsa Zsa Gabor - herself Hungarian - who, during her marriage to hotelier Conrad Hilton, inspired him to build this hotel. It has been renovated and remains one of the foremost in the city, for very good reason.

From room 607 we look across the Danube River at the magnificent Neo-Gothic Parliament building finished in 1904. Just below, we overlook Fisherman's Bastion, freshly cleaned so its castle-like turrets of white stone gleam, as do the twisting stairways to more turrets and a terrace café.

On our left, Margit Bridge joins Buda and Pest, on our right the Chain-Bridge, and just beyond, we see the dome of St Stephen's Basilica, all lit in awesome glory forming a spectacular view.

Next morning, the first stop on our tour of the western side of Budapest is up Gellért Hill to the Citadel. From here, we see the entire city and what had been a Soviet monument designed by Hungarian sculptor Zsigmond Strobl to commemorate the liberation of Budapest from the Nazis by the Soviet Army in 1945. Upon the liberation of Hungary from the Soviets in 1989, Stalin's statue was removed to a statue park and the monument remains, perhaps to all who died, liberating Hungary over the years.

At the foot of the hill is Gellért Hotel and Baths, with intricate mosaic pools, famous for the healing thermal mineral water which underlies so much of Hungary. The hill is named after King Stephen the First's Bishop Gellért who tried to carry on the King's conversion of pagan Magyars to Christianity in the 11th century. Alas, once the good King was gone, pagans placed the bishop into a spiked barrel, rolling him down the hill to a gruesome death. Today, Bishop Gellért is considered the patron Saint of Budapest where Christian churches and monuments abound.

In fact, right beside our hotel on Buda hill is Matyas Church named for the great King. A church was first built on this site in the 13th century, became a mosque under the Ottomans and has been destroyed and rebuilt in various styles. The coronation of Austrian Emperor Francis Joseph and Queen Elizabeth took place here in 1867. The Neo-Gothic church is once more under restoration, but I enjoyed the museum section where a copy of the Holy Crown of Hungary is displayed.

The cobbled streets of old Buda prove home to The Royal Palace, a site on which various castles have been constructed by different rulers over the ages. This one is a domed reconstruction of the 19th century palace destroyed in the second world war. Numerous ornate gateways, fountains and statues by renowned artists remain, and nearby is the marvelous Hungarian National Gallery, where I view a Retrospective Exhibition of Karoly Ferenczy (1862-1917), the father of Hungarian impressionism and post-impressionism in a beautifully designed museum wing.

My husband and I tear ourselves from Old Town and its Holy Trinity Square where bus loads of tourists descend after 9:30 every morning (some 10 million visit Hungary annually).

We head closer to the river and Central Market, so clean and orderly that it makes us think of Saigon's market, opposite in both extremes.

Beautiful embroidery, fois gras, sausages, little dolls, crystal, so many souvenirs in the midst of luscious-looking fruit, vegetable and cheese stands. I buy an embroidered pot holder and find it at three times the price in souvenir shops both in Buda and Pest, so buy what you can in the market.

There's no better way to end our introduction to one side of Budapest than on a boat cruising the Danube which divides the city. Lunch, dinner, or simple hour-long sightseeing cruises in 30 languages are offered. We choose the eight p.m. one to watch the evening lights turn a magical city even more beautiful.