Trafigura caught in another scandal 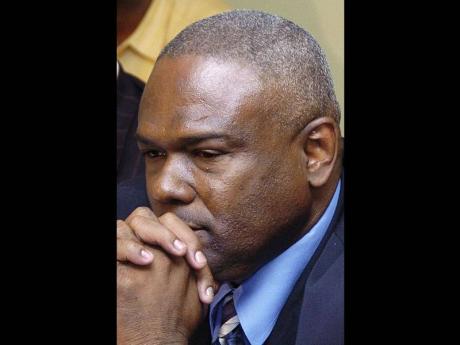 Colin Campbell resigned as minister of information and development and PNP general secretary.

Trafigura Beheer, the multinational commodities trading company which is at the centre of a scandal in Jamaica, is embroiled in an investigation into a Zambian government minister.

The Guardian newspaper has reported that the minister is accused of taking bribes over a US$500-million fuel contract.

Zambia's justice minister, Wynter Kabimba, was on Monday called in front of the country's anti-corruption commission to respond to allegations that Trafigura paid his company, Midland Energy Zambia, to secure a petrol- and diesel-supply deal.

The hearing was suspended amid chaotic scenes and protests from the minister's supporters.

Kabimba, who is also secretary general of the ruling PF party, has consistently denied the allegations and says he will resign as minister if the anti-corruption commission finds evidence proving he influenced the deal or received any kickbacks from Trafigura.

He has urged the anti-corruption commission to pursue its investigations vigorously and tell Zambians the truth about "any wrongdoing".

Trafigura said it had never made any payments to Midland Energy, a company in which Kabimba is a director.

Meanwhile, with the Trafigura issue still unsettled in Jamaica after six years, Trevor Munroe, executive director of the National Integrity Action, said he was concerned about the the pace at which the case involving the Jamaican Government and Trafigura is making its way through the local court.

The governing People's National Party (PNP) had accepted $35 million from Dutch firm Trafigura, which was contracted to trade Nigerian oil on the country's behalf.

The scandal was brought to the fore in October 2006 by then Opposition Leader Bruce Golding. It led to the resignation of Colin Campbell as minister of information and development and PNP general secretary, but the PNP has maintained it was a donation and not a kickback.

Prime Minister Portia Simpson Miller and Cabinet ministers Phillip Paulwell and Robert Pickersgill, as well as Campbell and businessman Norton Hinds, are before the Constitutional Court challenging an ex parte order, obtained by the director of public prosecutions, representing the central authority for them to answer questions in court.

The Dutch authorities want answers from Simpson Miller, Pickersgill, Paulwell, Campbell, and Hinds to in order to bring a case against Trafigura.