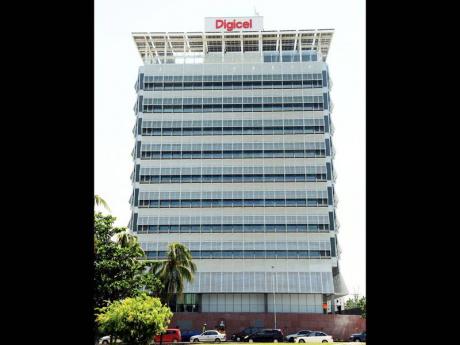 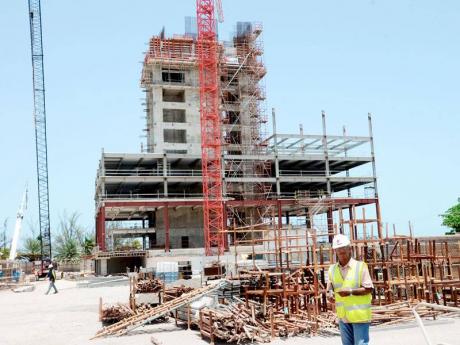 We were there from the start. The Digicel building shortly after construction started. 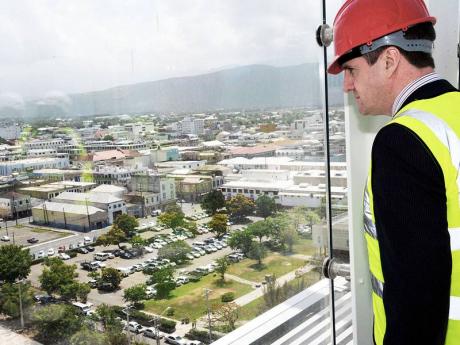 Mark Linehan, former CEO of Digicel Jamaica, checks out the magnificent view of the city. - File 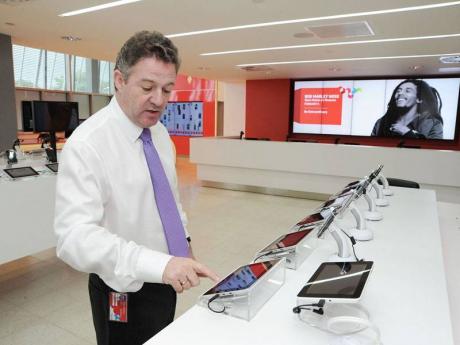 Telecommunications giant Digicel has started the trek into its headquarters in downtown Kingston with most employees expected to be in their new house by weekend.

The company had initially planned to move into its multi-million dollar 11-storey building last August and started familiarisation tours with its staff.

But the move was delayed for reasons the company has not made public.

However, last week staff were told to get ready for the move and yesterday chief executive officer of the company, Andy Thorburn, took The Gleaner on a tour of the now-ready facility and indicated that staff began moving in last Tuesday.

"By the end of the week, they'll be fully in," said Thorburn as he noted that the project was completed within budget.

The remaining departments, including their group offices, are slated to complete the move by the end of the week.

"Seventy-five per cent of persons who worked on the project came from the surrounding communities," said Thorburn of the energy-efficient premises, which used approximately 25 to 30 per cent of locally sourced material in construction.

The state-of-the-art Digicel store, complete with various interactive touch points, will be open to the public on Friday.

"Our customers will go wild, because what's not to love," declared Thorburn

A destination-controlled elevator takes persons from the lobby to any section of the building which has hi-tech sensors that automatically regulate light and temperature.

While the facility includes a food court, there is a kitchen on each floor and the state-of-the-art bathrooms include sensor taps.

A gym, pharmacy, first aid station and other facilities are in the annex to the building creating a full-service complex for Digicel's staff and customers

Late last year, the then CEO of Digicel, Mark Linehan, described the move from the New Kingston office it has called home since it set up shop in Jamaica, as a win-win for Digicel and the community.

"We are looking forward to integrating with the community and helping to rejuvenate the heart of the city," said Linehan then.

He has since been replaced by Thorburn but that has not slowed Digicel's push to ensure the rebirth of the city.

Already the company has spent millions to renovate Coronation Market.

It also partnered with others to transform the old Redemption Market into a fancy Redemption Arcade while taking part in several social and cultural activities in the city.