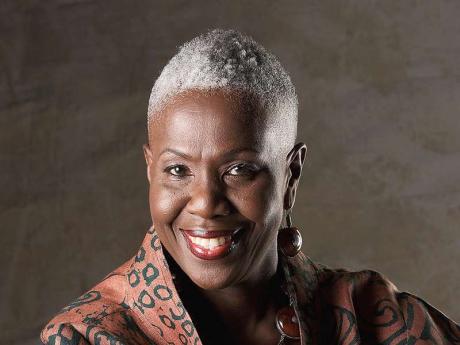 Don't mind the IMF. Thanks to Volkswagen of America, Inc, we're being reminded yet again that Jamaica is a cultural superpower. According to Wikipedia, "A superpower is a state with a dominant position in the international system which has the ability to influence events and its own interests and project power on a worldwide scale to protect those interests."

Of course, the meaning of 'power' in that definition is, essentially, political, economic and military. Superpowers are the big guns of the world. The British Empire in the bad old days of in-your-face colonisation was the first 'modern' superpower. Britannia ruled the waves, captured lands far and wide, and now evades reparations. After all, Britons never, never, never shall be slaves - not even to fundamental principles of natural justice.

Eventually, all across the globe, exploited colonies demanded independence and the sun finally set on the British Empire. The Soviet Union and the United States of America both inherited the superpower mantle and aggressively fought for supremacy in the cold war. These days, China, India, Brazil and the European Union are all ready to claim superpower status.

Long ago, Marcus Garvey gave us the formula for our greatness: "God and Nature first made us what we are, and then out of our own created genius we make ourselves what we want to be. Follow always that great law. Let the sky and God be our limit and Eternity our measurement."

Garvey also wickedly said, "The whole world is run on bluff." But he certainly wasn't bluffing when he conceived the Universal Negro Improvement Association and African Communities League (UNIA-ACL). Garvey had a grand vision of what black people could achieve. Although he was born on a small island, Garvey was not insular. His consciousness was continental.

Like Garvey, Louise Bennett celebrated the unlimited potential of the Jamaican people. In one of her most amusing poems, 'Independance' - yes, 'dance' - Miss Lou creates a raucous character, Miss Mattie, who gives a most entertaining account of what independence means to her. It's not the song and dance of constitutional arrangements. It's much more primal:

Mattie seh it mean we facety

Stan up pon we dignity.

An we don't allow nobody

Independence is we nature

Born an bred in all we do

An she glad fi see dat

Miss Lou here wittily suggests that so-called 'ordinary' people like Miss Mattie are way ahead of politicians in their understanding of power dynamics. Perhaps Peter Phillips should ask Miss Mattie to come along to the IMF negotiations. She would not be afraid of proposing her own conditionalities.

Indeed, Miss Mattie has a rather expansive view of Jamaica's geopolitical location:

Moresomever we must tell map dat

Please kindly tek we out a sea

An draw we in de ocean

Miss Mattie shows up in another humorous poem by Miss Lou, 'Colonization in Reverse':

What a joyful news, Miss Mattie

Taking their cultural 'bag an baggage' to the stepmother country, Jamaicans turned history upside down, reversing the flow of influence.

These days, our distinctive Jamaican 'Patwa' is the preferred language of youth culture in England. Last summer, in a moment of deranged grief as the embers of widespread riot died down, the British historian David Starkey lamented the success of Jamaica's reverse colonisation of England: "black and white, boy and girl, operate in this language together, this language which is wholly false, which is this Jamaican Patois that's been intruded in England, and this is why so many of us have this sense of literally a foreign country."

It's not only England that's been colonised by Jamaican culture. It's the whole world, as Miss Mattie would say. Which brings us to the VW Super Bowl ad that had 4.6 million hits by Friday morning. Why does it feature a white man from Minnesota speaking with a stilted Jamaican accent?:

a) The man was born in Jamaica, migrated as a 'yute' and hasn't been back in a very long time. But he tries his best to sound Jamaican.

b) The man was born in the US to Jamaican parents and has never visited Jamaica. But he tries his best to sound Jamaican.

c) The man was born in Minnesota, went to Jamaica on vacation, fell in love with the language, and tries his best to sound Jamaican.

d) The man was born in the US, has never been to Jamaica except on the Internet, fell in love with the culture, and tries his best to sound Jamaican.

e) The man is a pretty good actor who was coached by a Jamaican and tried his best to sound Jamaican.

In an excellent interview with Jamaican blogger Corve DaCosta, the star of the VW ad, Erik Nicolaisen, said, "I have been a lifelong reggae fan, and as a voice actor I have tried to put a little Patois into my repertoire." Jamaican popular music has been a potent medium for spreading our language across the globe. Jamaica is not in the Caribbean Sea; we're in every ocean of the world.

As was to be expected, some very clever Jamaicans have produced a brilliant spoof on the VW ad. It features a happy-go-lucky black man speaking English with a German accent. He dances off-beat and gets everybody in the nightclub to follow suit; he eats jerk chicken with sauerkraut and inspires the jerk man to do the same; he arrives to work seven minutes early and, when he is chided by his boss, cheerfully promises to return in 10 minutes.

The Jamaican dub version of the VW ad slyly mocks German efficiency. It also takes a crack at our own willingness to follow fashion. We often copy others who are copying us. But since the inspiration for the original ad appears to be the perception that Jamaicans set standards that the whole world can imitate - whether it's exceptional happiness or inventive language - it's all in good fun. Jamaica is a superpower. Be happy about it. Yeah, mon!