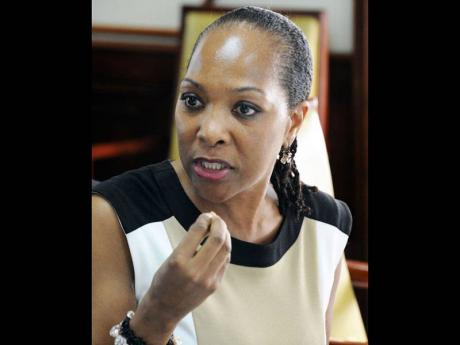 It has been 10 days since The Sunday Gleaner exposed the controversial handling of affairs at the Spaldings Market in Clarendon. Professor Rosalea Hamilton, vice-president, community service and development, UTech, considers this against the background of Jamaicans' tendency to engage in 'nine-day' talk.

Today marks 10 days since The Sunday Gleaner published a front-page story headlined 'Mayor blames political interference for market controversy'. The article revealed that "a contractor, with alleged ties to the governing People's National Party constructed shops at the rear of the market and rented them to vendors without permission from the parish council." As the story evolved, Garfield Burford's CVM television report on April 11, 2013, of a statement on the matter by Councillor for the Milk River Division, Carlton Bailey, touched a raw nerve for many. According to the report, Bailey remarked: "Richard, hold di faith. Yuh a go come out strong. Few days from now a nine-day talk."

If this isn't a proverbial 'slap in the face' of the Jamaican people, I don't know what is. Mr Bailey is telling us that we are just talkers; that we will talk about this matter for nine days, and after that it will be back to business as usual. But can we really expect the Jamaican people, including the media, to allow this matter to be another nine-day wonder? Jamaicans, wake up!

The details of how the entire episode started may have been missed by many. According to the contractor at the centre of the controversy, John Bryant, "Some vendors who they wanted off the road suggest to me about (building) the shops and I said OK, I would do something temporary for them, but it would be handed over to the parish council. It was the people and me idea."

DID NOT SEEK APPROVAL

The story is even more intriguing. Bryant admitted to reporters that he did not seek or receive prior approval from the parish council to construct the shops on its property or to charge the vendors rent. It should be noted that under the rental arrangement, no provision was made for electricity, piped water, or sanitary facilities. However, reporters noted the presence of electrical connections between some shops and an electricity source which is apparently paid for by the parish council. Is this how the concerns of street vendors are addressed?

According to Scean Barnswell, mayor of May Pen, in his letter to The Gleaner published on April 10, "When the issue was brought to the Clarendon Parish Council's attention in October 2012 that monies were paid directly to the contractor for rental of the shops, the then commercial services manager with responsibility for markets in the parish was instructed to formalise an arrangement with the contractor to turn over the handling of the shop rentals to the Clarendon Parish Council." In that letter, the mayor also stated that the construction of the Spaldings Market was "restarted in 2012 by the parish council" under his stewardship and that Member of Parliament Richard Azan enjoyed a "favourable relationship with the leadership of the council".

Given what we have learnt so far about the case, it behoves us to demand that the matter be treated as one of urgency. And indeed, it is not simply about calling for the resignation of Azan. The mayor and the entire Clarendon Parish Council must be held accountable for what amounts to formalising an illegal act. Again, there may be more to this decision than meets the eye as according to Local Government Minister Noel Arscott, it was made with legal advice.

Going forward, we expect that there will be a thorough investigation by the Office of the Contractor General (OCG) and/or the Auditor General of all of the construction in the Spaldings Market during 2012 so that the public can be fully informed about what took place. That kind of probity must be brought to bear on the case because much seems to be amiss in the junior minister and the local authority's handling of public trust.

We must, as a citizenry, not allow this to be another nine-day wonder. We - small and large business people, academia, civil society, entertainers - must continue to monitor, speak out, and demand accountability on this matter. The media must be commended and encouraged for their role in bringing this matter to light and for following up on it. It is now our turn to move beyond the talking to crafting an effective response that challenges those in political leadership to offer us good governance and constructive leadership. It is time we move beyond complaining about our situation and seriously press for governance that is accountable to the people of this country.

MAKE YOUR VOICE BE HEARD

The power of the people is greater than the people in power. Individually, we can write articles and letters to the media. Flood them with your views! Bombard them! If nothing else, they will know that what and how they report is noted by the public. Make your voices heard on social media. Our politicians are also on Twitter and Facebook! We can form interest groups and pressure groups that seek to keep this and other issues of national importance alive. We must use the Access to Information legislation to get more information to make sure that we have all the facts. We need to call our MPs to group meetings to convey to them our views on these and other actions. We must demand that our MPs go to Parliament and represent our concerns and not those of their political party. We must forge alliances with other groups to strengthen our voices and act before it is too late.

It is our collective action that will matter and will convey to those who govern us and to the Mr Baileys of this world that we are watching our representatives and that nine-day wonders are things of the past.