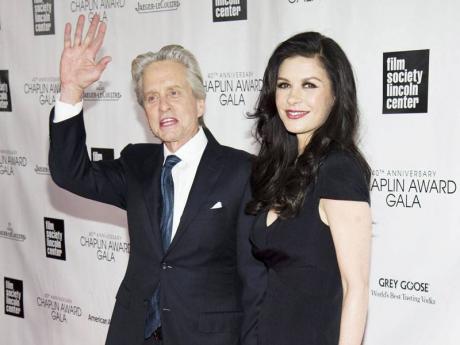 Douglas is also a long-time smoker, and was at one time a heavy drinker - both behaviours are risk factors for throat cancer. But experts say it's not farfetched to think oral sex may have been a contributing factor.

A day later, Douglas was taking it all back and in another story headlined 'Michael Douglas: Oral sex didn't give me throat cancer', the actor denied saying his throat cancer was caused by oral sex. With the news making headlines all over the world, his spokesman, Alan Burry, said the star was quoted out of context over the sex virus HPV.

Now, I am not surprised by Douglas' backpedalling or retraction or whatever it may be. Being married to one of the most gorgeous and loved women in Hollywood, and coming so soon after her revelation of her bipolar illness, I thought ... how insensitive! So you had throat cancer and you recovered, for Christ's sake, why not go to confession every darn day and move on with your lucky life instead of begging for more publicity?

Lest we forget, Douglas is also living with the fact that his eldest son is now serving a prison sentence for drug possession. So, with that on his plate and with the approaching deadline of his allotted three scores and 10 years, I think he should count his blessings and stop playing doctor unless it's in his next multimillion-dollar script.