Whitmore had to go - Burrell 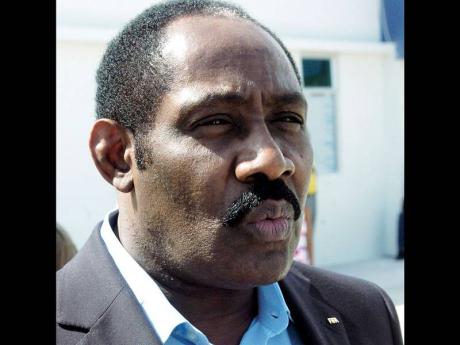 Whitmore's tenure ended in Tegucigalpa, Honduras, on Tuesday night when the Boyz lost 0-2 in their latest WCQ - their fourth straight defeat in six games.

"Following a string of poor performances by our national team, where we've played six matches so far - we have two points, we have two goals - and stemming from the last performance, which was last (Tuesday) night, another result which could've been considered poor," Captain Burrell shared at a brief press conference held in Honduras prior to the contingent's departure. "I requested a meeting with coach Whitmore. The meeting was called at 0100 hours and following that meeting, coach Whitmore took the decision to tender his resignation. Having tendered that resignation, I accepted."

Whitmore's account is a little different, however, with the former Reggae Boyz midfielder confirming that he was in fact asked to resign by the JFF boss.

"He (Captain Burrell) asked me to (resign) ... we had a meeting last (Tuesday) night," Whitmore shared.

Whitmore became the third Jamaica coach to be summoned to a meeting by Burrell and asked to resign following defeat at the hands of the Central American team, with René Simoes having suffered the same fate on his second stint in 2008 and Clovis de Oliveira in 2001.

Burrell, however, took the opportunity to thank Whitmore, but underlined that the recent results were too poor to ignore.

"The federation felt strongly that the poor results, which we have experienced over the past six games, we felt that certainly they were not good enough," Captain Burrell said. "A coach's tenure depends on the results.

"Coach Whitmore has gained tremendous experience and there are other areas in which that experience can be used. But as it relates to the Reggae Boyz team coach, Whitmore has resigned as the head coach and will resign from that unit."

Captain Burrell was not yet able to speak on who will be in charge of the team for the remaining four games left in the campaign, with the team still holding a mathematical chance of qualifying for the 2014 FIFA World Cup.

"You will understand that because of the suddenness, we will in the next few days take a decision as far as that (new coach) is concerned," Captain Burrell explained.