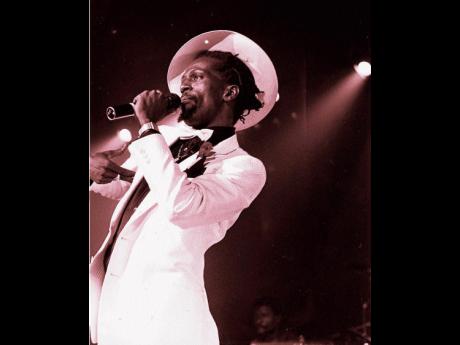 The Jamaican musical landscape was filled with record producers during the 1960s and '70s. All were going about their business, in terms of the artistes they wanted to record, the amount they would pay them, and the type of sound they wanted to hear.

It was a tricky business because there was no guarantee that the recording would be a hit, and huge amounts of cash had to be spent, leading up to and obtaining the final product - the actual vinyl record.

All the funding, which involved studio time payments, musician fees, material and pressing fees, were borne by the producers.

Early on the scene were people like Bells the President and Clifford 'Little Wonder' Smith, who was responsible for setting Derrick Morgan's career in motion with his (Morgan's) first release Fat Man.

Figuring prominently, of course, were others like Arthur 'Duke the Trojan' Reid, Clement 'Sir Coxson' Dodd, Leslie 'Beverleys' Kong and Prince Buster, 'The Voice of the people'.

Remaining active for a long time in this competitive market was not an easy task, bearing in mind the myriad changes the music went through and the accompanying readjustments to technique that would have been necessary to keep abreast of the music. Many either slacked off or retired after about a decade.

There was one man, however, who although starting a little after the others, exercised extreme longevity and success in the music production business.

Beginning in 1966 and covering the decades of the 1970s and 1980s, Joel Gibson, better known as Joe Gibbs, released excellent recordings on his Amalgamated, Pressure Beat, and Joe Gibbs labels that burst out of his studio in an unending flow of consistency. If he were alive, he would have celebrated his 71st birthday last Monday and quite appropriately, we pay tribute to him on this Heroes Day eve.

One of the pioneers of Jamaica's reggae music and perhaps one of its most important catalysts, Gibbs was born in Salt Spring, St James, on October 14, 1942, before moving to Kingston to pursue his career.

In a radio interview with me on April 15, 2006, Gibbs spoke about his entry into the business.

"I was an electronic technician, specialising in sound and picture, with Stone and Webster, a frequency converter company in Montego Bay. Then I came to Kingston and realised that it was much faster than MoBay and decided to stay, setting up a repair workshop at 32 Beeston Street in Kingston," he said.

Prior to this, Gibbs studied electronics in Cuba. In 1966 he moved into record production with a recording that many experts claimed started the rocksteady beat, one titled Hold Them by Roy Shirley.

It was a most unusual piece and forced many to stay clear of it. Never before had anything sounded quite like it, and many predicted its doom.

But Shirley was on a mission.

"I wanted to fulfil my bass line, because it was a slow music, but every time I try to put a bass line over the song, it wouldn't drop," said Shirley.

The song, according to Shirley, was the first 'one-drop' recording, and provided the cornerstone for rocksteady.

A No. 1 hit in 1967, Hold Them brought Gibbs to prominence as a record producers.

Gibbs' other early hits included, You Gonna Need Me and Stop Your Lying by Errol Dunkley, Just Like A River and Seeing is Knowing by Stranger and Gladdy, The Upsetter by Lee Perry and Nicky Thomas' Love Of The Common People which hit the United Kingdom's top 10 charts in 1970.

Displaying a catalogue that stretches from here to almost eternity, and employing the best musicians in the land, who Gibbs labelled 'The Professionals', his productions ran like an unending roll call: Gregory Isaacs, Jimmy London, Ken Parker, Ernest Wilson, Junior Byles, Beres Hammond, Chalice and The Reggae Boys were a few.

Althea and Donna created history for Gibbs as a producer, when their recording, Uptown Top Ranking reached No. 1 on the UK charts in 1977.

Operating in sequence from his Joe Gibbs Record Mart at 20 North Parade Kingston, his recording studios in Duhaney Park, and then its present location at 24 Retirement Crescent, Kingston 5, Gibbs continued to dominate the music production business with the Peter Tosh double, Maga Dog and Them Hafi Get A Beaten, and Dennis Brown's first international hit, Money In My Pocket in 1971, which reached the UK top-20 charts.

"Niney brought Brown to me about 1970-71, and told me he had potential and that I should take care of him. We became very close. He came with a song to record, but I had this song, Money In My Pocket, which I co-wrote with a guy from MoBay. I told him it would be a hit, so he shouldn't play with it," explained Gibbs.

The rest was history. Brown was undoubtedly Gibbs' most successful act, putting out hit after hit, too numerous to mention.

The albums, Visions, Foul Play, Love Has Found Its Way, and Spellbound, were big sellers, which contained hits that reached several overseas charts. If you ask any ardent Dennis Brown fan to name their favourite D Brown song, nine out of 10 would probably tell you, Should I, or, How Could I Leave. Gibbs again takes the credit as the producer of both.

The Heptones, in the usual Jamaican manner, also freelanced at Gibbs with the melodic but pungent, Hypocrites, while Delroy Wilson paid a visit with Pretty Girl.

And how could anybody forget Culture's triple - I'm Not Ashamed, Natty Dread Taking Over, and See Them A Come. There was also Good To Be There, by Chalice in 1981.

The roll call at Gibbs continued with groups like The Slickers, Soul Mates, Immortals and The Pioneers, who had the first of two hits about the fabled Jamaican racehorse, Long Shot.

Deejays got their share from Dennis Alcapone, Lord Comic, Winston Scotland, Prince William, Count Sticky and Lizzy. Gibbs passed away on February 22, 2008 at age 65, after a short illness.