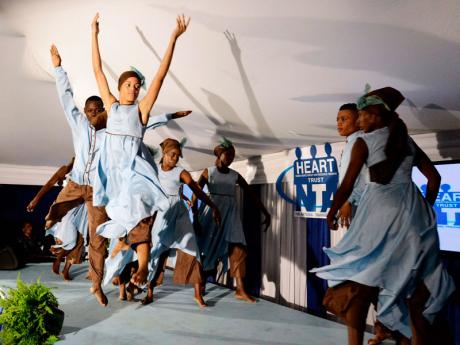 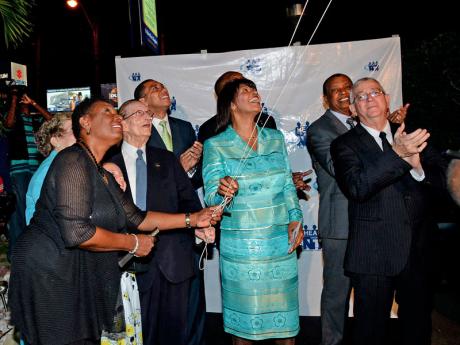 "Agriculture is the richest area. Start with honey bees for those who are in the industry. There is a wide range of organic farming because huge markets exist abroad and we need to make use of this," Seaga said.

The 83-year-old Seaga made the remarks following the renaming of the HEART Trust/NTA corporate office on Oxford Road, Kingston, in his honour yesterday.

He said while Jamaica has been tapping the agro-processing market, there needs to be greater effort made in ensuring access to Jamaican food on shelves.

"The Ebony Park Heart Academy is producing branded products that need to move to supermarket shelves where the Jamaican fresh fruits can be used instead of the canned foreign variety," Seaga said.

He added: "The roadsides of Mount Diablo and Junction road are well supplied as is Coronation Market but why not in uptown Kingston and other capital cities of Jamaica where the strongest purchasing power is ready and waiting for Jamaican star apples, naseberries, sweetsop, otaheite apple, ortiniques, and beloved mangoes?" he queried.

Seaga argued that Jamaica's human resource is underutilised as a vast portion of the population continues to be either unattached or engaged in menial tasks.

"I think we can rescue the 70 per cent who have no career but live by hustling, juggling or illegal activities as it is the remaining 30 per cent that have to carry the burden of Jamaica," he said.

"Successive ministers have done their best, but there must be an aberration in the minds of the young people. What is it? Illiteracy? Waywardness? Lack of focus? We must find out!" he exclaimed.

He noted that Jamaica is second only to Haiti when it comes to poverty in the Caribbean.

"We have so many youths who waste their time in school and leave to join the ranks of poverty. It is perfectly correct to say that Jamaica is a poverty-stricken island, our national income is depressed, the people distressed and it will continue to be so until we fix this problem," Seaga said.

The HEART Trust/NTA founder said the institute plays a vital role in helping to reshape the society.

"It has trained the considerable amount of some 655,000 students since its inception 30 years ago for an average of some 28,000 per annum, a huge success story," he said.

Seaga founded HEART in 1982 saying one of his priorities was that of creating a skills-training and employment programme for Jamaicans.