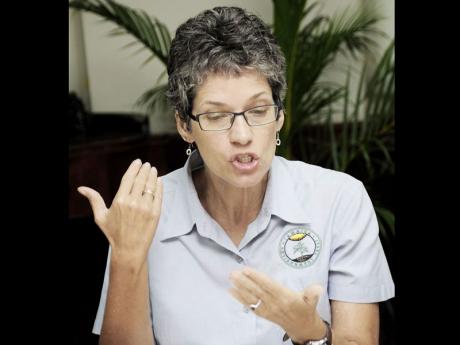 The Jamaica Environment Trust (JET) is moving to get its hands on the memorandum of understanding (MOU) between the Port Authority of Jamaica (PAJ) and China Harbour Engineering Company (CHEC) for the proposed development at Goat Islands.

The environmental group filed an appeal with the Access to Information (ATI) Appeal Tribunal on January 3, having been denied the MOU and addendum by the Port Authority last year.

In a November 5, 2013 letter to JET, the authority said the documents were exempt from the ATI Act on grounds that:

disclosure would consti-tute an actionable breach of confidence;

premature disclosure would or could reasonably be expected to have a substantial effect on the Jamaican economy; and

the documents contain information concerning the commercial interests of an organisation and disclosure of that information would prejudice those interests.

"Jamaica's economy would be affected by the disclosure if such disclosure breaches the obligations of CHEC and causes them to withdraw from the project," the authority said in the letter.

The 2013 Environmental Management Scoping of the Portland Bight Protected Area, inclusive of the Goat Islands report, revealed that the development - the construction of a trans-shipment port - is valued at US$1.5 billion.

"The commercial interest of the investors as well as the Port Authority and, by extension, the Government of Jamaica, would be prejudiced by disclosure of the documents," the authority said.

"For example, China Harbour Engineering Company is also negotiating with other third-party investors, and they also have confidentiality obligations with their investors which may be breached by a disclosure of the documents. The PAJ, therefore, cannot appear to be negotiating with CHEC in the public sphere," it added.

JET had also requested proposals submitted to the authority on the development. Those, too, were denied on similar grounds.

But JET is not satisfied with the explanation. Chief Executive Officer Diana McCaulay said the public is entitled to the information in the documents, certainly given the controversy surrounding the development.

News of the development prompted widespread scorn from environmental interests who insist the development should not be done at the Goat Islands, which form a part of the Portland Bight Protected Area - home to several fish sanctuaries and the endangered species, including the Jamaican iguana.

Without all the pertinent information, the JET boss said, Government and civil society cannot arrive at a common ground on the development.

"In the absence of information, such as what are the benefits to Jamaica and Jamaicans, the precise location of the port, the environmental resources that we stand to lose, etc, it is impossible to decide whether this is a positive project for Jamaica. No one can decide that in the absence of the information," McCaulay told The Gleaner.

It could take months to get a hearing with the tribunal. However, JET's legal director Danielle Andrade is hopeful for an early date.