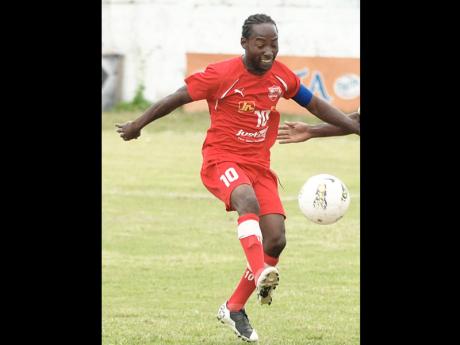 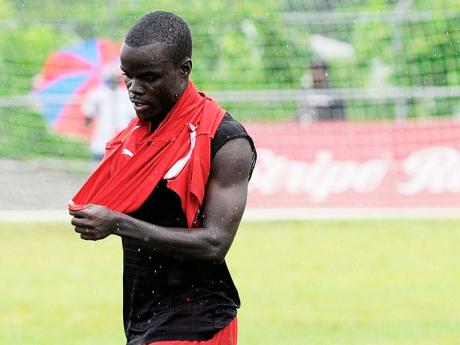 The promise of fame and fortune has fuelled many a youngster's dream of becoming a professional footballer. The realisation of such dreams is epitomised by the likes of Real Madrid's Cristiano Ronaldo, Barcelona's Lionel Messi and Manchester United's Wayne Rooney, whose skills have made them household names and landed them some of the most lucrative contracts football has ever seen.

Those footballers are handsomely compensated for being the best players in their respective leagues. They have no difficulty providing for their families. The same, however, cannot be said for those who ply their trade in Jamaica's top flight.

Though the pay scale varies among the 12 Red Stripe Premier League teams, there is not much disparity, with the average player earning between $15,000 and $40,000 monthly.

Campbell, a father of four, has been forced to find additional means of income. This has impacted negatively on his playing career.

"A lot of times these days I am on the bench or do not play some games, but it is because of the work, as a that really a provide the food," 35-year-old Campbell said. "Worse, I am getting up in age so I have to just be concentrating on that (work) than playing for Boys' Town."

Dicoy Williams of defending league champions Harbour View had the privilege of playing in the United States Major League for two years where he represented Toronto FC. Williams believes the disparity between salaries locally and abroad is an apples and oranges situation.

"It (salary) is not even something that you can compare from Toronto to Jamaica or any professional league in the world."

The 27-year-old defender revealed that from his salary at Toronto Football Club (FC)
- which is 80 per cent more than he earns representing Harbour View -
he was able to purchase a car, which he would not be able to do now, as
it is mere love for the game which pushes him on.

"Not
because there is no money here we are going to stop play ball; this is
what we love, our pride and joy," Williams argued. "To stop play
football and just sit down, what are we going to do? Most of the ballers
don't have anything else."

Another player whose sole
income is from meagre league earnings is Bahamian Lesly St Fleur, who
plays for Montego Bay United. Despite not feeling the full pinch due to
benefits, such as free accommodation at the team's house, he still
yearns for greener pastures.

"Someone advised me to
come and play in Jamaica and try another level (of football)," the
24-year-old who previously played in Canada told The Sunday
Gleaner. "However, I am working hard to get out and live a
better life and follow my dream."

Campbell too is
hoping for a better standard of living after years of loyalty to his
club, remuneration for which he argued has been insufficient at
best.

"We will play and get paid some months and some
months we only get half of our salary and some months we don't get
anything at all," Campbell said. "A joke
thing!"

Harbour View's general manager, Clyde
Jureidini, concedes that compensation is "inadequate"; but he went on to
say that it is "extraordinary as it relates to what the clubs can
afford."

Edward Seaga, president of the Premier League
Clubs Association and chairman of the Professional Football Association
of Jamaica, also believes that the clubs are doing the best they
can.

"They (clubs) are at the ceiling of what can be
done; because we wouldn't withhold anything further which could be
done," Seaga, who is also president of Tivoli Gardens FC,
reasoned.

He added: "A number of clubs are at their
maximum. So while it is a job that is not going to pay you handsomely,
we did not really expect it to be a job; you turn out to practice at
four o'clock and play on a Sunday or Monday. So you can get other jobs
if you can. There is no way you can blame that on the league, because
jobs are just not available or you are not job
capable."

Wrong approach, says 21-year-old Marvin
Morgan of Waterhouse who believes the situation has to be remedied, as
the players form the backbone of the league.