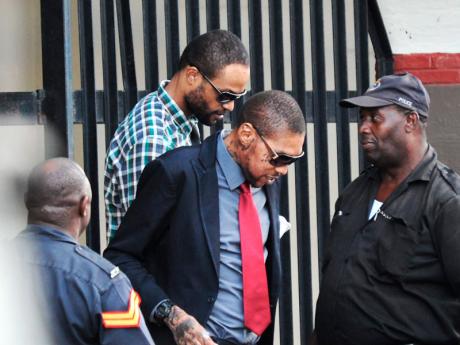 Entertainer Vybz Kartel and three other men were convicted in the Home Circuit Court of the murder of Clive 'Lizard' Williams and are to be sentenced on March 27.

Stephanie Breckenridge, the sister of Clive 'Lizard' Williams, is in protective custody today as concerns mount about the increasing threat level against her family.

Entertainer Adidja 'Vybz Kartel' Palmer and three other accused were on Thursday convicted of the murder of Williams.

Speaking yesterday from an undisclosed location, Breckenridge said she was unable to elaborate on her feeling towards the guilty verdict because of advice from the police.

She claimed that the threat level against her family is now high and her team has taken the decision for her to limit interviews.

"We've been in protective custody and they are aware of an increased threat level. They were saying not right now. We have a meeting later today (yesterday) so I will ask them. I don't see anything that will increase my threat level but apparently people have been upset that I've been talking period, so that's where the problem lies," she said.

The other defendant, Shane Williams, who was represented by Everton Dewar, was freed.