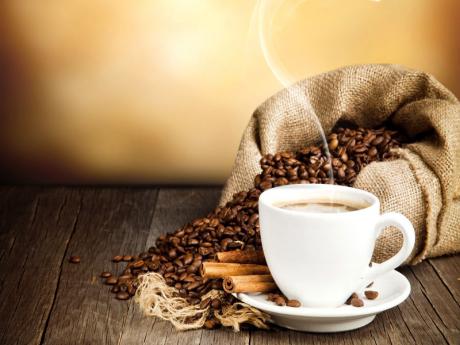 Local coffee consumers should expect a 20 to 30 per cent increase in the cost of the product as bean supplies fall to the fungal leaf rust disease and berry borer pest.

John Minott, who heads of the Jamaica Coffee Exporters' Association (JCEA), says coffee production has sunk to its lowest point in about 30 years.

The diseases have claimed 28 per cent of coffee crops, resulting in scarcity of the commodity, and a rise in price for both Jamaican and international consumers. Meantime, local farmers are said to be scurrying to rehabilitate their fields to supply processors with beans at the improved farm gate prices.

"The resultant shortage of Jamaican coffee caused by the drop in production has increased demand, and accordingly, the price of cherry coffee at farm gate has risen significantly over the past few months by as much as 50 per cent," the JCEA said a release last Wednesday.

"It is therefore expected that due to these increased costs the price of both green and roasted coffee products will increase accordingly," the export group said, even as it urged consumers to "continue to support our industry as we strive to get back to normality."

Minott said foreign consumers, too, will see a 20 per cent spike in price.

The crop year runs from August to June for Blue Mountain Coffee, while High Mountain Coffee grown at lower elevations is reaped between August and February, he said.

Production of High Mountain Coffee has decreased from roughly 90,000 boxes to about 30,000 for the crop year that ended February 2014, Minott told Sunday Business.

A box of coffee holds 60 pounds.

The coffee shortage is further exacerbated by revived interest in Japan, which is now demanding upwards of 500 tonnes of beans, said Minott, who is also general manager of the coffee processing operation, Jamaica Standard Products.

"We cannot fulfil this 500 tonnes at our current production rate," he said.

Japan received the bulk of the 577 tonnes of coffee exported up to July 2013, taking 366 tonnes, with the remaining 211 tonnes distributed among other markets.

Data on the latest assessment of the infection rate of leaf rust or the amount spent on eradication to date was not readily available from the Coffee Industry Board's advisory service unit, which nevertheless claimed some success.

"There is great improvement in the reduction of the rust," manager of the advisory service unit, Gofland McCook, told Sunday Business.

The last update in September 2013 said there was a 13 per cent decrease in the infection rate relative to December 2012, from the $10 million spent up to that time to combat the disease.

Control of the disease has, however, been aided by the dry season which works against the spread of the fungus, according to McCook.

Additionally, while he could not provide an update on the level of devastation of coffee acreages nationally, he said Jamaica has an "estimated 9,000 acres" under production.

"We should have decreased somewhat, but while there was decrease because of the leaf rust there are also accounts of persons rehabilitating areas or putting in areas, so there shouldn't be much difference in the figure," he said.

The planting distance for coffee trees is 10 feet by five feet, which means there should be 872 plants per acre, McCook said, but adds a rider that there is often inconsistency in the replanting exercise by farmers, which may mean less plants in actuality.

Minott said a broad spectrum foliar fungicide called 'chemical tilt', which is sourced overseas, has been the most effective at controlling the disease.

However, "It is expensive and difficult to source since the rust has not only affected Jamaica but Central America as well," the coffee producer said.