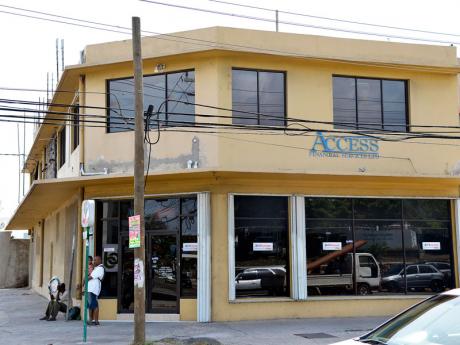 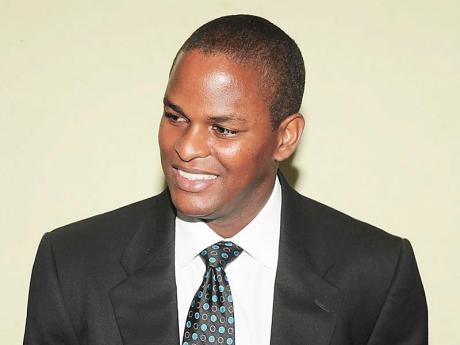 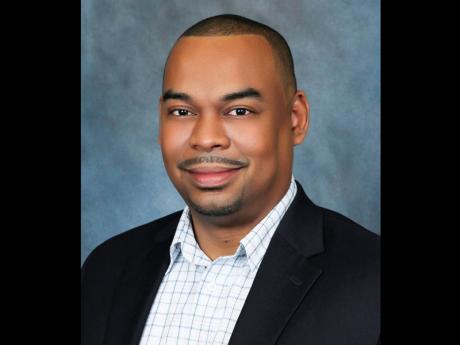 As recent as October 2013, when Access Financial Services floated a corporate bond on the local stock exchange, its prospectus identified the owner of the building housing its headquarters as Renew Limited, which was disclosed as a company owned and controlled by Neville James.

That James is the father of Access Financial's founder and CEO, Marcus James, information which was mentioned in a one-line footnote in the prospectus, alongside disclosures that Access pays lease of $1.53 million per month to Renew.

The same disclosure was first made five years ago when Access went public and listed on the exchange. The lease amount then was not disclosed but rental charges were stated in, the accounts as $8.78m for year 2008 - about $732,000 monthly.

Mayberry Investments Limited, as broker of the bond offer and IPO and financial adviser to Access, is answerable for the contents of the prospectuses.

Now half a year later, Mayberry CEO Gary Peart, in a court affidavit, has alleged that Renew Limited is in fact owned by Marcus and that the lease was a source of "secret profit" for him.

Renew, he said, was formed in May 2006 as a real estate company with Marcus James as its sole owner and his wife, Julie Anne James, as secretary.

James responded, also by way of sworn affidavit, that the charges by Peart were misleading.

He and his lawyer otherwise declined Wednesday Business' requests for comment on the allegations in the document - the disputing parties have said previously that they have been gagged by the court - but in his court statement, James reaffirmed that the building housing Access is in fact owned by his parents.

The affidavits are among court records in an ongoing legal battle initiated by James against Mayberry-connected directors on Access' board, namely Chairman Brian Goldson, Peart and Chris Berry, as well second-largest shareholder Mayberry West Indies Limited.

James turned to the courts in early April to stop the Access Financial board from ousting him as CEO - action that apparently began in March.

Peart, who is also company secretary for Access, said in his affidavit that James had not, to date, explained to the board's satisfaction the "overspend" on the refurbishing of the head office building, located at 41B Half-Way Tree Road in Kingston.

He also charged that James hid material information regarding the true ownership of Renew, and by doing so caused him to mislead the market.

On April 25, James responded, in what was one of nine affidavits to the court, that titles to the 41B Half-Way Tree Road property are held by his father and mother.

"I started AFS from its now head office at 41B Half-Way Tree Road. I was able to do so because of the generosity of my parents, Nancy and Neville James, who owned the building through a corporate vehicle, Nenan Limited. It is still registered in the name of Nenan Limited and bears certificate of title registration number Volume 950 Folio 229," read the affidavit.

Copies of said documents were submitted to the court.

Nenan is a combination of his parents' first names, said James, who notes that the building once housed his father's business, KLAS FM, as well as a Cookie Jar bakery and pastry shop.

"Neville James and Nancy James are the sole shareholders and directors of Nenan Limited since inception. There is no basis for me to benefit or obtain a profit from the premises and I have not done so," James said.

He adds that because of negotiations between his father, Neville, and the property's mortgagee Jamaica Redevelopment Foundation, and in order to protect the interest of AFS as lessee, the lease contract was done in the name of Renew Limited as a management company.

The lease was negotiated by Neville, who continues to manage the premises, he said.

"I really had no dealings with Renew and treated the rental income as a trust ... whose proceeds went to my father and Nenan Limited. I never represented that I signed the lease. I had no intention to deceive anyone nor did I deceive anyone," said his affidavit.

The dispute between James and the Access board appears grounded in capital spend on the refurbishing of the head office.

Peart charges that the board approved a $10-million plan for the refurbishing project, but James overspent the budget by $23 million, and has failed to explain the expenditure to the board.

"It, therefore, appears that the claimant knew that the figure he had put into the proposed budget had been incorrect, and that he had misled the directors of the company into believing the budget was achievable. Since then, the directors have asked BDO, the company's external auditors, to confirm the expenses incurred during the renovation. As a result of that request, it has come to light that the claimant, as CEO, has apparently exceeded the proposed budget by in excess of $23 million," said Peart.

James responded that the issue of overspend had been dealt with at the March 11 meeting of the board. He said the capital expenditure included leasehold improvements for the head office as well as Access branches in Portmore, Junction, Black River, Ocho Rios and May Pen.

"The $23 million is, therefore, not the figure for the head office as alleged," he noted.

Inside the boardroom, the wrangling between the parties led at one stage to the board stripping James of his responsibilities as CEO, but not his title, and conferring those powers onto another board member.

The co-CEO appointment was rescinded on intervention by the court, but the Access board then conferred the powers of CEO onto itself.

James is relying on a stand-still agreement crafted as the company went public, saying he "shall be CEO", to defend his job now.

Within his affidavit, Peart said James has interpreted the agreement to mean that he is "entitled to be CEO for so long as he wishes", but notes that SSA is superseded by a service agreement dated January 1, 2010, which "sets out conditions for the removal of the claimant as the CEO, including incompetence, dishonesty, gross misconduct, as would be normal in these circumstances".

The overspend falls within the conditions, he said.

"In each case, the impression was given that I refused to comment and that I presented and represented that I am above the law. I was fighting for my life, my reputation and was acting on legal advice to protect my interest and get a fair hearing," he said.

The current hearings on James application for an injunction against the Mayberry-connected directors wrapped up on June 6, and the parties are now awaiting Justice Brian Sykes' ruling.