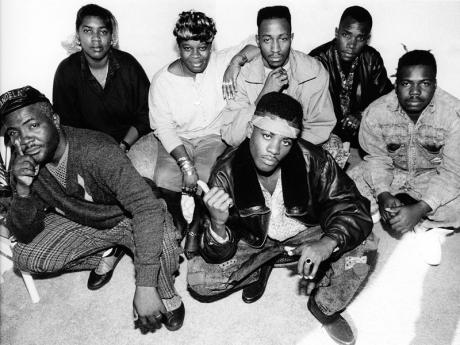 Bass Odyssey back in the day. 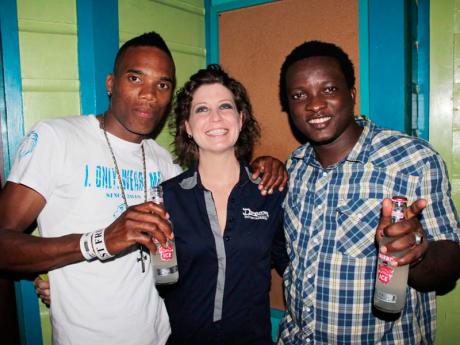 Promoter Quizz hangs out with Bass Odyssey DJs Lexxy (left) and Country Speng during the launch of the Smirnoff Dream weekend last year. 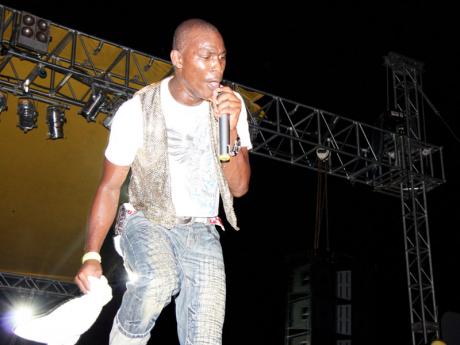 Cocoa Tea has also been confirmed to perform at the event.

"It's been a serious challenge, but one that we enjoy," said Keith Walford in commenting on the 25 years in the sound system business.

"There have been bumps in the road, but thankfully, we survived. We have no regrets; there are one or two things we wish we could have changed, but we're fairly happy with our achievement. We have reached audiences all over the world and we give thanks."

Walford said winning their first World Clash, which featured six sound systems from across the world, in 2001 in New York, was their first big outstanding moment for Bass Odyssey. They repeated the feat in 2006.

Celebrating 25 years along with Bass Odyssey will be a crew that has been with the sound since its inception in 1989.

"Barkey, Fuzzy, Nutsy British, Palmer and Bronto have been with Bass Odyssey from the beginning and they are still here with us," manager Yaniq Walford said.

Walford believes that the sound system culture deserves more respect at home, as the culture is revered and replicated abroad.

"We have something special here. We need to find a way to position it better in our minds," she stated.

Having grown up around the sound system before assuming the managerial role, she has travelled extensively and is happy to be part of the culture.

"I feel good to have gone there and put forward our culture," she said of the overseas travels. She hopes this anniversary event will make a statement as it relates to the importance of the dancehall culture.

The event will feature a lot of goodies for patrons. One lucky patron will win a bedroom set, courtesy of Courts Jamaica. Also, patrons can save their armbands and use it to get discounts on selected items from Courts.

Last year, LIME donated 100 phones as Bass Odyssey celebrated its 24th anniversary in Salem. This year, LIME will again be a sponsor and patrons wait with bated breath to see what the company will come up with this year.

Other sponsors include Guinness, Ting and Ocean Spray Cranberry, Plantation Cove and Grizzly's.

The event will also be used to pay respect to the memory of one of the sound system's great selectors, the late Squingy (Kevin Bennett), who passed away in 2009.

Bass Odyssey will play at Reggae Sumfest on July 17 alongside Stone Love.