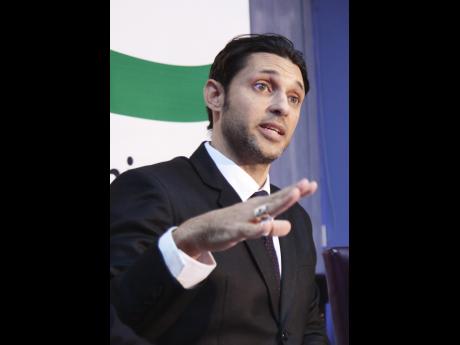 Describing the decision by the People's National Party (PNP) not to participate in the national debates as a backward step for democracy, Professor Trevor Munroe, executive director of the National Integrity Action (NIA), says the concerns raised by the party should be directed to the Office of the Political Ombudsman and the Jamaican courts.

"The concerns raised by the People's National Party regarding statements and utterances by the leader of the opposition are real and must be dealt with in the appropriate forum," Munroe declared in a statement yesterday.

"These concerns should not be used as a reason to deprive the Jamaican people of the opportunity to hear questions and answers regarding plans to 'Step Up the Progress' and concerning 'The Path from Poverty to Prosperity'," he added.

According to the NIA head, the decision to stay away from the debates with the Jamaica Labour Party (JLP) runs in the opposite direction from both best practice and good democracy.

The national debates appear unlikely as a request from the PNP for the JLP leader, Andrew Holness, to withdraw alleged defamatory comments about the prime minister has been met with strong resistance from the JLP leader, who claimed he made a fair comment.

Prime Minister Portia Simpson Miller said she would be taking steps to take Holness to court if he did not apologise for his "defamatory" remarks about her on nomination day. He was given a three-day deadline to tender an apology which expires on February 13.

Holness has also signalled that he would be seeking advice from his attorneys for remarks made by the prime minister about him.

Additionally, the PNP is insisting that the Jamaica Debates Commission (JDC) adjust the format of the leadership debate to one similar to the United States Democratic Party town hall-type debates.

The commission stressed that the US town-hall format was not practical in the Jamaican context, particularly with the time frame that the commission is working with to have the debates.

Yesterday, JDC Deputy Chairman Brian Schmidt told journalists that the JLP has agreed to participate in the debates.

Schmidt was speaking during a press conference at the Jamaica Chamber of Commerce's offices, downtown Kingston, where he made it clear that the commission was ready to stage debates on February 16, 18 and 20.

"The electorate deserves emphatically that they have the opportunity to hear from those seeking public office," Schmidt stressed.

Holness said yesterday that the JLP was ready to present its plan.

"I commit that the Labour party government in waiting stands ready to debate alone with the podium empty beside us because we have a message and a plan, because, as they always say, you can run but you can't hide," Holness said.

The JDC said a window of opportunity would be opened up to February 23 for both major political parties to engage in a national debate on social issues, finance and economic matters and on the question of leadership.

Schmidt said the commission was still ready, willing and hopeful that both parties would participate in the three debates it has organised.