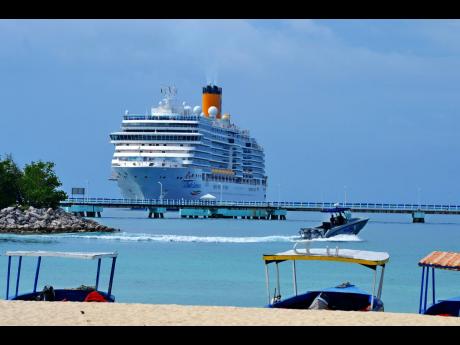 PHOTO BY CARL GILCHRIST
The Costa Luminosa waiting beyond the Ocho Rios pier. 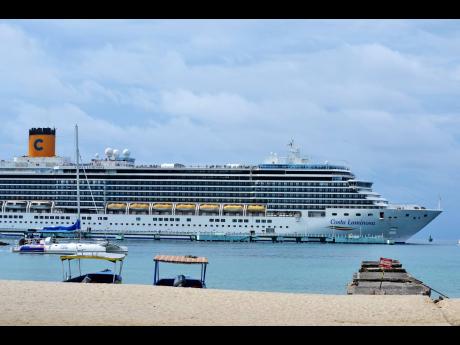 PHOTO BY CARL GILCHRIST
After several hours, the Costa Luminosa was allowed to dock in Ocho Rios, St Ann.
1
2

Italians aboard the Costa Luminosa cruise ship were restricted from disembarking on Jamaican soil when the ship docked at the Ocho Rios terminal in St Ann yesterday.

Minister of Health and Wellness Dr Christopher Tufton said that based on the travel restrictions imposed on Thursday, a decision was made to allow the ship to dock but to withhold landing privileges from the Italians. Other passengers were allowed to leave the port.

Tufton said that local health officials were still mulling over whether to place Japan on its ban list. That country, which is scheduled to host the Olympic Games later this year, has recorded one death from 164 cases of COVID-19.

Italy’s coronavirus death toll has reached 21 from the more than 820 people infected.

The health minister also disclosed that the records of all passengers were examined to determine if anyone on the vessel was ill or had a travel history that could be linked to the restricted countries.

Tufton said that preliminary checks revealed that four persons on board were showing symptoms of the flu for a few days.

“We therefore requested additional information about those four persons, and based on their travel history or where they were in the last 14 days, the health authority took the decision that they would not represent any risk around the coronavirus,” the health minister said.

After all investigations were completed, the health authority allowed the ship to dock at the port.

The cruise ship had been prevented from docking at the Ocho Rios pier for several hours on Friday.

The Ocho Rios cruise ship schedule showed that the vessel was to arrive at the St Ann coastal town at noon and depart at 6 p.m. However, it was not allowed to dock until some time after 2:30 p.m.

Informed sources told The Gleaner that clearance was given after it was determined that the Italian crew members had not visited their home country for several months.

The Costa Luminosa, an Italy-registered vessel, had a crew of 1,000 and can accommodate up to 3,750 passengers.

On Tuesday, health officials denied more than 6,000 people on a cruise ship access to the port of Ocho Rios, as a crew member on board had been placed in isolation on the vessel.

The MSC Meraviglia was on a scheduled trip to Ocho Rios as part of a Caribbean cruise that originated in Miami when health officials were alerted to a crew member being placed in isolation after he developed a cough, fever and associated muscle pains.

Carl Gilchrist contributed to this story.