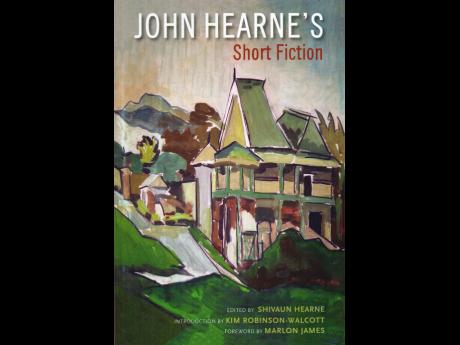 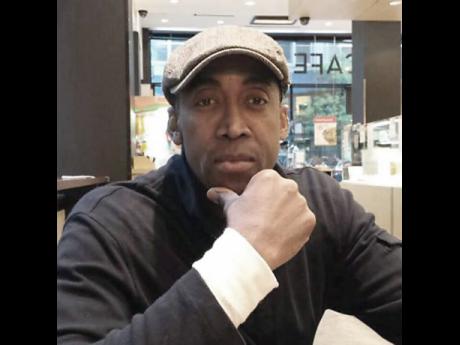 After decades of obscurity, John Hearn is being rediscovered. And for good reason.

There is an enduring element to existentialism, and Hearne has always proven artful in conveying the immensity of the human struggle.

Hearne's fictionalised characters are reflections of himself worn, conflicted, and at times smothered by disappointments and insecurities. In Short Fiction, he explores the psychoanalytic concept of the deep self. In this exploratory journey, we peer in to the mind of a writer searching for life's meaning.

Hearne (1929-1994) poured forth his despair through the shortcomings of his characters. Not that he was disinterested in issues besetting society. He inveighed against colonialism by his mere alignment with the Manley administration. He embraced regional integration, sovereignty and self-determination. But he was captious, weighed down by his (own) anima.

His fantastical and highly interpretative The Mongoose Who Came To The City is a tale of a rabid, insuppressible creature that terrorises a town, leaving a bloody trail of dead animals and a population at its wit's end for a solution. Eventually, the incorrigible, steely mongoose is duped, caught, and pacified, only after having his 'cojones' removed.

Caged, he is the object of interest. And it is with irony that an onlooker remarks, "I know he killed my Daddy's chickens and chewed the tyres off my Daddy's car, but all the same, I liked him much better when he had his 'cojones.'

We hem and haw at Hearne's true intent.

A Village Tragedy is hauntingly mournful. A "good Christian man" is shredded by a wild bore. His body is returned to the village to the wails of the deceased wife. We are introduced to a parson and a medical doctor who are called to the bloody scene. The parson disdains the doctor, a man who is seduced by alcohol. He views him "as a brutal man who, more or less cared for the health of their village ..."

The parson's mind wrestles invading thoughts, none of which is kind. "He's not even a good doctor ... and felt a cold flush of shame because the thoughts gave him satisfaction,"

And at the centre of this tale is Joseph, a robust, mentally challenged young man who is at the mercy of villagers who exploit his naÔvetÈ and unintelligible traits. Moral struggles beset the characters. Hearne identifies with the flawed doctor and the piteous simpleton who, despite his arduous work of relaying the death of the 'good Christian' is marginalised.

Joseph's sister is indignant. "The ingratitude and thoughtfulness of the mourners shocked the little girl profoundly. She wiped the tears from [Joseph's] big sweaty face and hugged him, rocking him in her thin arms and kissing him with little quick maternal pecks."

In Morning, Noon and Night, Rueben, unemployed and down-on- less luck, is at the crossroads, pestered by the hard-nosed decisions he must make. Tempting fate, he chooses the left path, the road to self-destruction. He joins a criminal ring of drug dealers and thieves. Knowingly, or unknowingly, we create our own reality. Or maybe it's Providence and the luck of the draw. Whatever our philosophical bent, a robbery spins out of control and Reuben, befuddled and blind with rage, snuffs the life out of his victims. It's an unfathomable turn of events. Here, Hearne is at his artistic best. "All around him, then, it was enormously still," he writes. "Still as death under the huge pale sky. The man's blood had spattered his shirt and trousers. Across the harbour the white city in the late afternoon sun looked near but yet remote, like a still flashed into a deep screen."

Reuben confesses to his pregnant wife with exculpatory intimations: "Mebbe dem don' find out, eh? Nobody see me, you know. If dem don' see me dem can't find out. I didn't take nuttin.' Not a t'ing. Dem can't prove it was me."

If only he knew.

At the Stelling is a gripping, gruesome and bloody tale. John, a black Carib is the target of his superior's invective; a victim, maybe, of a dehumanising, suffocating racial divide. He responds with a well-timed, lethal ambush in the depths of Guyana's rainforest. When the carnage is over, eight bodies are strewn across the land, followed later by the shooter, who turns the gun on himself. There are two survivors, one of whom "[runs] straight as a peccary pig, all night, twenty miles across Rooi Swamp where never any man had even put him foot before".

Whatever chuckle this might evoke is silenced by the dead austerity of this scene. More importantly, John, like many of Hearne's characters is bedevilled by his conscience. He understands the moral dimensions of his actions. He halts his murderous campaign although he is well-positioned to continue. But beaten by guilt he takes his own life.

And Hearne's search for relevance echoes in Reckoning, a less than imaginative tale that quietly addresses our inner wounds and lingering scares that we forget, only to have them resurface by a word, a scene, or an event. In this case, a brother and sister share their feelings as they grapple with the sudden passing of their father.

Hearne allows us to peer into his window. A shattered pane speaks volumes. He is badgered by restlessness, a restlessness that is evident in living out the winter. He leaves Guyana after a sojourn he calls "Too long," to settle in Trinidad. "I don't think I want to go to Jamaica just now, and going back to England wouldn't be a very good idea at the moment. I will stay here." His stay with the Ramesars is an eventful one. The couple's marriage crumbles and Hearne's is ever observant. Throughout this frayed relationship he proves his astute understanding of human behaviour.

Hearne is a complex figure. His creativity competes with his wistfulness and insatiability. In the introduction by Kim Robinson-Walcott, we learn that in the final chapters of his life, moments of satisfaction are overwhelmed by darkness. "[He] began to suffer bouts of depression, and the beginnings of alcoholism."

"His depression," we learn, "may have been at least partly due to his plunge in status from acclaimed writer to pariah in the late 1960s when his writing was attacked by several West Indian critics ... as being middle-class in orientation, not progressive enough, or sufficiently representative of the Jamaican or West Indian peasantry."

But such criticisms are misplaced. Many of Hearne's fictional work tell a different story. Hearne unravelled the psychic labyrinths that entangle us. Every story must be told. Hearne understood this unwritten law. In many ways he transcended the arts. He was somewhat of an ethicist, and surely, an existentialist grappling with the winding, unpredictable challenges of life.

- Send feedback: glenvilleashby@gmail.com or follow hi on Twitter@glenvilleashby. Glenville Ashby is the author of Anam Cara: Your Soul Friend and Bridge to Enlightenment and Creativity now in audio format.