Humanities in action | How foreign languages paved my career path 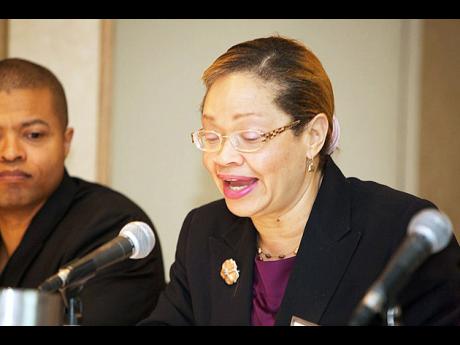 It came as no surprise when I told my parents that I wanted to study foreign languages at the University of the West Indies (UWI). My father, an educator specialising in physics and mathematics, and my mother, a career civil servant in the financial stream, always encouraged my sister and me to excel academically and develop our talents in a wide range of extra-curricular activities. They believed that this was how we would find out what we really wanted to do in life.

During my years at Immaculate Conception High School, I learnt foreign languages easily and excelled in history and English language and literature, where essays and term papers were frequently assigned. I was at ease meeting and speaking with foreigners in Jamaica, Europe, North America, and the Caribbean, and these experiences piqued my curiosity about foreign cultures and would later serve to complement my love of languages in a way that would benefit my career.

The sweeping social and political changes in the 1970s during my teenage years gave me the burning desire to 'do something' to change Jamaica and the world. By far, the best years of my life were spent at UWI, where I pursued a bachelor's in language and linguistic studies. Like my batchmates, I was 'in my element' learning from an interesting mix of professors from Germany, France, Spain, El Salvador, Haiti, Colombia, and Guyana. In the course of study, we were required to research foreign and local issues and to express our opinions in all of the foreign languages we were studying. We were graded for accuracy in grammar and vocabulary as well as for depth of analysis and critical thinking.

I remember my father telling me that although it was important to master the foreign languages, it was even more important for me to master the skills of critical, innovative thinking, effective communication, and the ability to quickly adapt to new business situations in order to be a successful applicant for a job. I gained all this and more during my time in the BA programme at UWI.

Beyond the academic training, there were other experiences at the UWI that were to shape my view of the world and my career. Along with my classmates, I was deeply involved in organising student-exchange programmes with the Universidad AutÛnoma de Santo Domingo, French Students' weekend retreats, German Days, Foreign Language Students' concerts, lectures, and language club activities with visitors from various embassies in Kingston.

Immersed in a sea of intercultural experiences, our minds were opened to diverse political thought and philosophies. As much as we learnt about other cultures, we also taught others about our own.

Along the way, I met many people who questioned the value of studying foreign languages and an arts degree. Instead of trying to provide them with the 'right' answers, I actively and eagerly sought opportunities to put my training to work. I was a liaison aide at the United Nations Law of the Sea Conference and the Organization of American States General Assembly, which were hosted in Jamaica. I spent my summers as an intern at the Jamaica Tourist Board. Many people I met had studied the arts and humanities and told me how they had forged successful career paths in business, government, and international relations. I realised then that the options were many and that my proficiency in foreign languages gave me an advantage.

After university, I joined the Ministry of Foreign Affairs and Foreign Trade in the Protocol and Consular Division. There, I had the opportunity to translate official documents and serve as the interpreter in meetings with very senior officials. This is where I learnt about the main issues of the day in international politics, trade, travel, tourism, and law. I observed first hand how language and communication in all its forms played into business deal-making and international relations.

With this experience, I gladly accepted new challenges to serve in the Economic and Foreign Trade Divisions in the ministry and represent Jamaica at international conferences in the Caribbean and the Americas. I witnessed the emerging trends in globalisation and the increasing role of the private sector in international trade.

I decided to do an MBA in international business and marketing at the University of Miami, where at that time, the focus was on preparing a new generation of global business leaders. This degree opened doors to a career in the private sector in Jamaica and then in Montreal, Canada, where I currently reside. My academic training in languages at the UWI continues to be of great value. I communicate daily in French, which is the language of business in Montreal, the largest city in the French Canadian province of Quebec.

My desire as a teenager "to do something" for Jamaica and the world has morphed into a career in marketing in global institutions. In the various roles I have played, I have been involved in the creation of multilingual marketing communication programmes, international trade finance and credit-risk assessment, and the development of global brands, while managing teams of persons with diverse backgrounds.

Over the years, I have been, and still am, a committed volunteer, where my training in business and in the arts has been considered to be of added value. I currently serve on the board of directors of the YWCA-Montreal, an organisation whose clientele consists of a large number of immigrants who are being equipped to become fully integrated into the society. I have been invited to write articles and speak in English and French at churches to youth groups and professional associations, mainly on topics related to personal and professional development in a multicultural society.

In a world where technological innovation is held as the gold standard for progress, and where students are encouraged to pursue purely technical degree programmes, it should never be forgotten that technology is only valuable if it meets people's needs. Often, my colleagues and business associates who do not have any formal training in the arts and humanities express appreciation for the broader perspectives and recommendations that I have brought to technical projects, particularly with regard to clients' needs.

I truly believe that my foundation in the arts, more specifically the degree programme at the UWI, has led me take an analytic approach that presents diverse opinions and perspectives of various stakeholders, which is critical to understanding and successfully meeting clients' needs.

With a career spanning more than 30 years in Jamaica, the USA, and Canada, I know that I will never retire. There is so much more work to be done to make the world a better place. I am truly grateful for the education in the arts, which has shaped my view of the world and has served to support all my professional pursuits. The knowledge gained and the skills that were honed in those early years are still relevant and of value in a changing world and will continue to equip me to contribute to building a truly integrated global village.

- This article is one in a series that seeks to promote and highlight the impact of the arts and humanities on the individual's personal development and career path. Please send feedback to fhe@uwimona.edu.jm