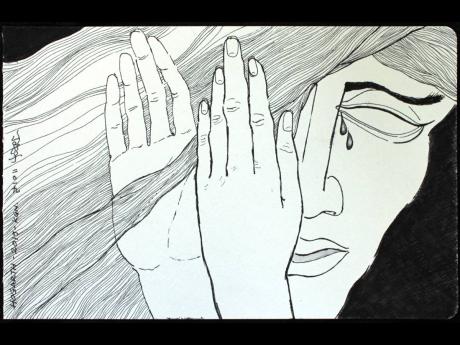 Contributed
A work by Courtney Hogarth.

‘Requiem’, an exhibition of paintings and drawings by Courtney Hogarth, opens on Thursday, March 7, at the Olympia Gallery, 202 Old Hope Road, at 6p.m. Hope Brooks, retired dean of the School of Visual Arts at the Edna Manley College of the Visual and Performing Arts (EMCVPA), will open the show.

Last exhibiting in Jamaica in 2014, Hogarth’s ‘Requiem’ features over 50 works, which will be displayed at the Olympia Gallery until Saturday, March 30.

“We have entered a troublesome time in the history of man,” said Hogarth. “There is wanton destruction/death. We revel in greed, bigotry and nationalism, which is glorified violence, and have constructed our societies along similar lines. It is for a broken land and a broken world that ‘Requiem’ emerges.”

Hogarth, a graduate of the EMCVPA, attained his doctorate in Chinese classical painting from the Central Academy of Fine Arts in Beijing.

He currently directs the Confucius Institute at The University of the West Indies, Mona, where he also lectures on Chinese culture. In 2016 Hogarth published, in Jamaica, a book of poetry and art titled Dewdrop – a collection of 108 poems, complemented by his drawings and paintings.