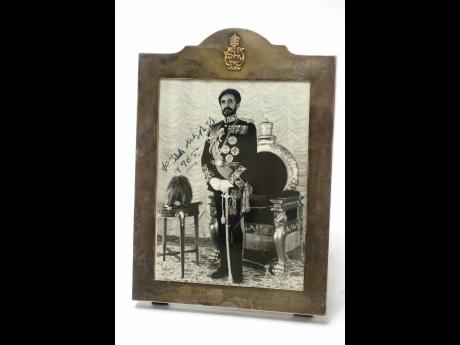 Internationally, the month of April is observed as the month for the various movements and celebrations. Some of these observances include Autism Awareness, National Garden Month, National Poetry Month, Earth Day, and April Fools’ Day. However, in Jamaica, April is unofficially celebrated as Rastafari Month. The first Rasta month was celebrated in April 2017.

The purpose of this month is to encourage adherents of the faith to engage in activities across the island, which should be aimed at shedding light on the invaluable contribution of Rastafarians to the cultural, spiritual, and economic enrichment of Jamaica and the world. According to the Ethio-Africa Diaspora Union Millennium Council, Rastafari Month should be used as an opportunity for all Jamaicans to unite with pride in this exceptional national achievement of celebrating Jamaica’s African heritage as the centrepiece of Jamaica’s identity. Rastafari culture, transmitted through reggae, has shown the world that Jamaica is greater than its small size and population, greater than its myriad problems, and with an even greater potential for greatness.

The month of April was chosen as Rasta Month because it has many important days of observance and celebration on the Rastafari calendar. Some of these important days include the anniversary of the birth of Empress Menen on April 3; birthday celebrations for Bunny Wailer on April 7; the observance of Black Friday in memory of those who died in what is known as the Coral Garden massacre; and the commemoration of the 53rd anniversary of the 1966 state visit of Emperor Haile Selassie I on April 21; as well as the observance of World Ganja Day on Thursday, April 20.

Of all the holy days and important observances of the Rastafari one of the most important days is the anniversary of the visit of His Imperial Majesty Emperor Haile Selassie I to Jamaica on April 21, 1966, which comes second only to Coronation Day, which is celebrated on November 2. The day was later referred to as Grounation or Groundation Day because it was the day that the emperor landed in Jamaica and touched Jamaican soil (the touching of the ‘groun’ is very important to Rastas as it is considered to be the unification of the body and the Earth). The term Grounation is also used to describe a gathering of Rasta brethren for the purpose of reasoning and worshiping.

But who is Haile Salassie, and why is he so important to the Rastafari? Haile Selassie I, born Lij Tafari Makonnen Woldemikael, was an Ethiopian regent from 1916 to 1930 and emperor from 1930 to 1974. He was a member of the Solomonic Dynasty who traced his lineage to Emperor Menelik I. Haile Selassie was known as a child as Lij Tafari Makonnen. Lij is translated as ‘child’ and serves to indicate that a youth is of noble blood. His given name, Tafari, means “one who is respected or feared”. Like most Ethiopians, his personal name, ‘Tafari’, is followed by that of his father, Makonnen, and that of his grandfather Woldemikael. His Ge’ez name, Haile Selassie, was given to him at his infant baptism and adopted again as part of his regal name in 1930.

On November 2 , 1930, after the death of Empress Zewditu, Tafari was crowned Negusa Nagast, literally King of Kings, rendered in English as ‘Emperor’. Upon his ascension, he took as his regal name Haile Selassie I. Haile means in Ge’ez ‘Power of’ and Selassie means trinity. Therefore Haile Selassie roughly translates to ‘Power of the Trinity’. Haile Selassie’s full title in office was “By the Conquering Lion of the Tribe of Judah, His Imperial Majesty Haile Selassie I, King of Kings of Ethiopia, Elect of God”. This title reflects Ethiopian dynastic traditions, which hold that all monarchs must trace their lineage to Menelik I, who was the offspring of King Solomon and the Queen of Sheba.

The main reason why Emperor Haile Selassie was and is revered by the Rastafarian community is because of the Most honorable Marcus Garvey whose most famous quote, “Look to Africa, when a black king shall be crowned for the day of deliverance is at hand!” solidified Selassie as the black Messiah. Rastas believe that one day, a black Messiah would come to save Africans and those in the African Diaspora, as his name suggests that Selassie had fit this description, and many Rastas believed that he was literally the second coming of God.

So when 36 years after his coronation, HIM Selassie I landed in Kingston, Jamaica, on April 21, 1966, at approximately 1:30 p.m., the enthusiasm of Rastas was unmatched. About one hundred thousand Rastafarians filled the tarmac of the Kingston airport, smoking marijuana and playing drums in the rain, waiting for Haile Selassie I. As soon as the wheels of his plane touched the ground, the skies immediately began to clear, a sign to all that God had really arrived in Jamaica. The throng was so massive that Selassie couldn’t emerge from his plane. Then, Rasta elder and leader Ras Mortimer Planno stepped in to negotiate a proper entrance, and after a brief discussion with the emperor, Planno exited the plane and asked his brethren to keep calm and step back so that the Emperor could exit the plane.

The emperor remained in Jamaica for approximately three days and engaged in numerous discussions with government officials. He also encouraged government officials to invite the Rasta brethren to one such gathering, where to the dismay of non-Rastafari brethren, he did nothing to dispel thoughts of his divine status, further cementing him as the Black Messiah in the minds of the Rasta community. This framed imaged of His Majesty dressed in his royal regalia, though dated 1965, was signed in Amharic by the emperor himself and was presented to a government official. This picture eventually found its way into the collection of the Institute of Jamaica and is one of the most cherished items in the collection.