Striking a balance between law and canvas 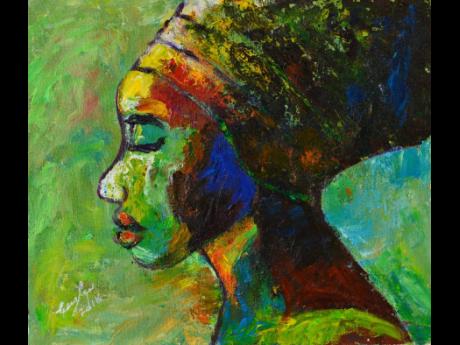 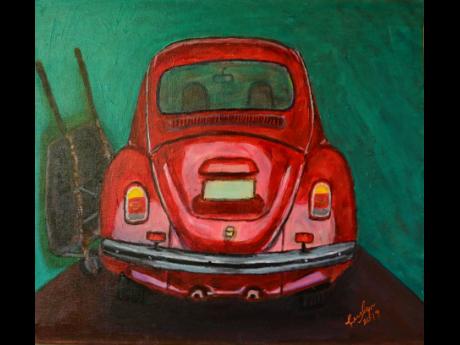 Crislyn Beecher-Bravo’s foray into the fine arts began around 20 years ago when she started collecting works of Jamaican masters at the encouragement of her maternal aunt. Over the years, her collection grew, and somewhere down the line, the inclination to paint also went from being a thought to creating memories.

An attorney-at-law by profession, Beecher-Bravo says she always wanted to delve into the fine arts. Having had no art training whatsoever, she never imagined that she could venture into it.

She took up photography as a hobby and occasionally joined photographer Donnette Zacca on excursions to some of Jamaica ’s scenic spots. Demands of work and her law practice, however, facilitated her exploring this passion only infrequently.

In April 2018, she was in the middle of editing a novel that she had written a few years before and doodled a quick rudimentary sketch at the back of the manuscript. This inspired her to start drawing other pieces.

What started as a mild diversion soon became a growing compulsion, and Beecher-Bravo decided to seek training from a professional artist to enhance her techniques. By about July 2018, she started private art classes on the weekends with artist Carl Dennis and started working consistently on her own most evenings after work.

She chose her subjects from photographs she had taken during her excursions and also reference photos provided by Zacca, which she used to create her expressions.

Over this one-year journey, Beecher-Bravo has grown, progressing from sketching with graphite, charcoal and coloured pencils to painting with water colour and gouache and now working mostly with acrylic paint.

She produced her first piece of acrylic on canvas, ‘Marando’, towards late 2018. She has since produced over 50 pieces of acrylic work. In November 2018, a friend suggested that Beecher-Bravo host an exhibition of her works, which at that time she thought was a ludicrous idea. But this perception changed, and by January 2019, she decided to document her one-year journey and celebrate her one, year anniversary by putting on an exhibition.

Balancing her life between being an attorney and a painter is something Beecher-Bravo is learning as she creates works that continue to tell stories and engage audiences.