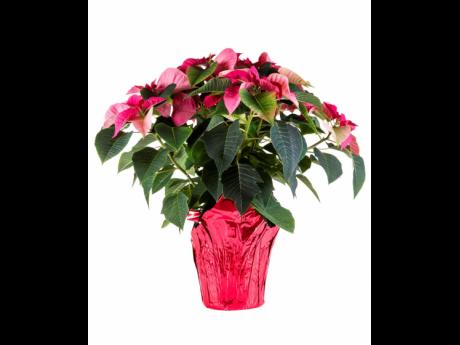 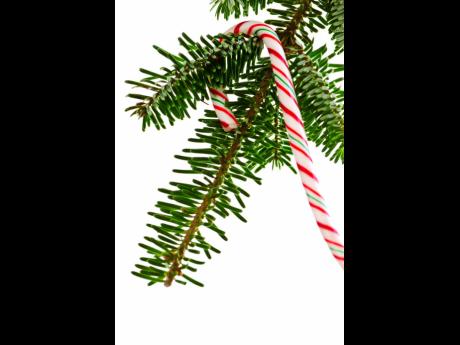 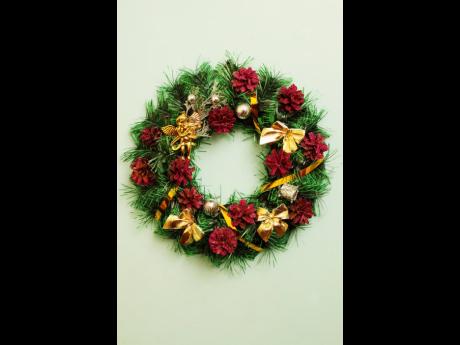 Christmas is universal and elicits reactions from all. As the Jamaican and Puerto Rican poems that will be shared over the next two weeks illustrate, there are fundamental similarities in the Christmas celebrations, such as Christmas trees, food and family, but there seems to be a difference in the embrace of Christmas, at least in the poems here. The Jamaican poems submitted and chosen from both contemporary and deceased poetry giants, lean more on nostalgia, while the contemporary poems from Puerto Rico, are less nostalgic, but equally beautifully written.

Here’s to poetry, expressions and Christmas!

The celebration of Christmas, New Year’s Eve, and Three Kings Day are strong traditions that come with much music, parrandas, food, and family gatherings in Puerto Rico. However, the poems published here suggest some of the ambivalence that contemporary poets have over seasonal family strife, environmental damage, and the on-going political struggles of a Caribbean island that has yet to celebrate its independence from colonisation.

So much have I forgotten in ten years,

So much in ten brief years; I have forgot

What time the purple apples come to juice

And what month brings the shy forget-me-not;

Forgotten is the special, startling season

Of some beloved tree’s flowering and fruiting,

What time of year the ground doves brown the fields

And fill the noonday with their curious fluting:

I have forgotten much, but still remember

I still recall the honey-fever grass,

But I cannot bring back to mind just when

We rooted them out of the ping-wing path

To stop the mad bees in the rabbit pen.

I often try to think in what sweet month

The yellow bye road mazing from the main,

Sweet with the golden threads of the rose-apple:

I have forgotten, strange, but quite remember

What weeks, what months, what time o’ the mild year

We cheated school to have our fling at tops?

What days our wine-thrilled bodies pulsed with joy

Feasting upon blackberries in the copse?

Oh, some I know! I have embalmed the days,

Even the sacred moments, when we played,

All innocent of passion uncorrupt.

At noon and evening in the flame-heart’s shade:

We were so happy, happy, ––I remember

Beneath the poinsettia’s red in warm December.

The slash in its trunk was clean and swift

and didn’t dye the snow red,

that cold transparency of its blood,

not even a twisted shout went through the maternal

still soak up water to give to it someday,

because they think that it, surely, has momentarily gone

who agreed they’d return, and didn’t.

The pain of the wound was held in abeyance

because it has been more rattled being shaken brutally

by gloved hands that tossed it,

without mercy, against third-class freight cars

and lightless bellies of dirty ships.

Thrown there, almost on the tip of its green, needle-like fingers,

the frozen drizzle of their North.

The heat does keep growing, not the pine:

growing is that thing that happens

always at the cost of something else,

and here there’s heat in its fate

of gasses expelled by the arms

More was to come. To see the sky again and remain still

in the brief pulse of clocks

that pass by in front of it, and to be bought.

To feel the voracious net that strangles it

in the redundant pretence of extinguishing it once again,

and, in passing, to see the inconceivable city,

tepid and grey, that rushes away in front of it

with a gesture of goodbye and the same irony

that the dead give off

when they pass it by.

To arrive, and not understand

that basin of water that it’s planted in;

To mistake its species, believing itself a fish,

that once secured its fine-nerved feet,

to remember the feet, to recognise itself in this way as amputated,

to think about the terrible commotion of its roots

and the slow bubbles of sap

that would by then be gurgling without destination

spilled out over its shadeless snow.

To be hungry and thirsty, and to drink

the only thing under its numb mouth,

More was to come.

To feel fingers by the dozen

that had never belonged to its body,

to feel that a caress was approaching,

which instead of caressing put a weight

on its fragile and hurt branches,

and a starry almost-thorned crown

that bows its neck down towards the ground

The worst was to come,

when the night starts to talk about stars,

and in the fierce darkness the pine tree awaits

soft moonlight that would put its needles to sleep,

to be blinded by the strident glowing that lights it up,

and to remain awake,

to die its death at the vigil

of a night holy for others.

besmeared in colours but immobile,

is the silent pine corpse offered up

to the altar of a remote nativity,

and tormented from the tip-top to the base

by the light of an artificial star,

from Bethlehem to Golgotha,

to that white Golgotha of frosted felt

over which one by one the brown needles fall,

The drumming drumming closer and closer

one street corner away, inching

along the familiar street edged with cut-stone walls.

The approaching beat pumping fear in the child

through whose eyes I look today

as though it were yesterday.

The villagers waited in the boiling sun

milling around the drumming excitement

for the inevitable approach of the marching troop.

Beat by beat racing the heart.

The unseen child hemmed in by the open fear

of hearing the words ––Jonkoonoo A Come

took shelter behind the shop counter

where a splintered split in the wood was the peephole

through which the staged display

of excitement was in full view.

stomping to the iambic beat of the day

prancing to the onlookers delight

in the sparkles of festive mood.

The tempo slowed to a sudden shift, when

the masculine Bride decked in a white-laced frock

to the One masked in black with a pitch fork under his arm.

The bad news buckled his knees and took his speech.

A brisk breeze lifted through the nearby breadfruit leaves

while the whispered news took hold.

the drumming paced giving way to the toot

lifting its essence up the December skies

where pain and pleasure became one.

That day ––for adult reasons why –

I saw the Devil cry.

On our family Christmas tree,

the coloured lights had to be put up

Those were my mother’s instructions.

Then came the garlands and ornaments.

all over the tree, completing the decorations.

It didn’t matter whether there was a star or an angel on top of the tree.

There wasn’t any orthodoxy in the celestial iconography

that would crown it.

This custom lasted during all

of my childhood and early teenage years.

Over time, my mother lost interest

in setting up the Christmas tree.

So then my father did it,

Everything except for hanging up the tears.

when my mother died,

her three children strewed all the tears of our bodies

across two continents: America and Europe.

We are still inexhaustible streams.

What I never knew is if when our father remarried,

a few months after

he continued to forego

Christmas tears while decorating his tree.

On my part, for ten years

I haven’t put one in my house.

This loss of interest in finding

a place to hang tears

is a maternal inheritance.

not so much season as seasoning

that flavour that eyes ears taste

that the tongue tastes

that the skin feels

how the skin chills

and every sense wakes

as the first carols take you back

to days when you believed

for that magic morning

The walls of Old San Juan

are decked with the spirit

spray-painted in blue, sealed in fire.

These are not Christmas lights

that flutter across storefronts,

balconies overhead. The streets are aflame

again. Our first cleaving still sizzles at the edge

of our mouth ––how we watched

his head boulder off a cliff, into the sea.

in the ready over the crossfires of this country.

A new pig sits at the head of the hogpen

A nation so hungry, a single swine

will not suffice to quell the carnage

The entire sty is in for a butchering.

the newly-minted streets of Puerto Rico,

in the summer swelter. But the swells swallow

Christmas is here. And the people

know all too well that this time of year

* The title translates as “Every Pig Has His Combative Christmas Coming”, and the poem alludes to massive street protest in Puerto Rico during the summer of 2019, which forced Governor Ricardo Rossello to resign from office. The last couplet is made up of two verses from the Puerto Rican Christmas song (aguinaldo), “Ese Pobre Lechón,” which translates as “You take the pig, kill it and skin it. You put it on the rod, and set it over the flame” (translation by Ana Portnoy Brimmer).

Ann-Margaret Lim has two poetry books – The Festival of Wild Orchid and Kingston Buttercup, published by Peepal Tree Press. Loretta Collins Klobah is a poet, translator, and professor of Caribbean Literature at the University of Puerto Rico in San Juan. Maria Grau Perejoan is a lecturer at The University of the Balearic Islands in Mallorca (Spain) and a literary translator specialising in Caribbean literature.