Warmth and traditions of the Chinese New Year 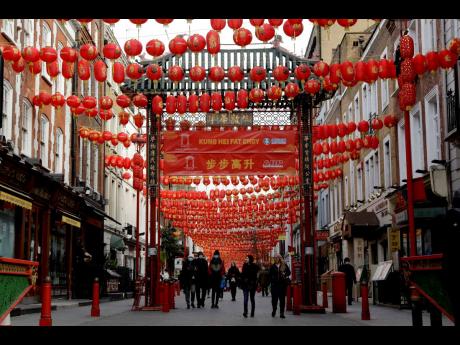 AP
People walk beneath lanterns hung across the street to celebrate the Chinese Lunar New Year which marks the Year of the Ox, in the Chinatown district of central London, Friday, February 12, 2021. 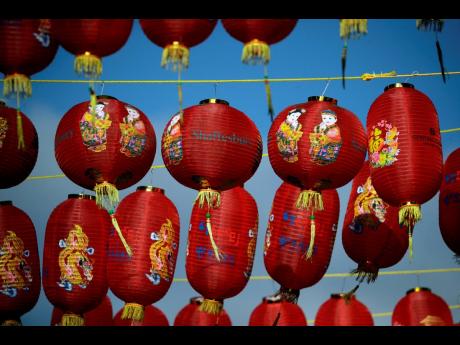 AP
Lanterns hang across the street to celebrate the Chinese Lunar New Year which marks the Year of the Ox, in the Chinatown district of central London. 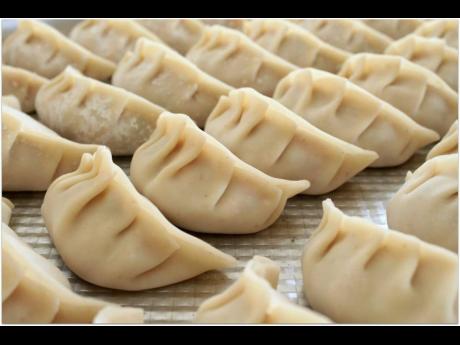 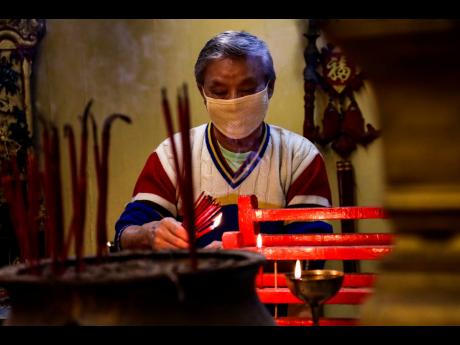 AP
An Indian Chinese lights joss sticks to place in a cauldron on the first day of Chinese Lunar New Year at a temple in Kolkata, India, Friday, February 12, 2021. People in Asia and around the world are celebrating the Lunar New Year on Friday with festivals, parades and temple visits to ask for blessings. This year marks the Year of the Ox, one of the 12 animals in the Chinese astrological chart. 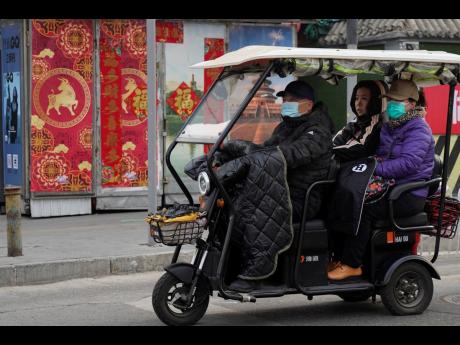 AP
Residents, some wearing masks to protect from the coronavirus, past by an Ox-themed Chinese New Year decorations on a closed news-stand in Beijing on February 11, 2021. 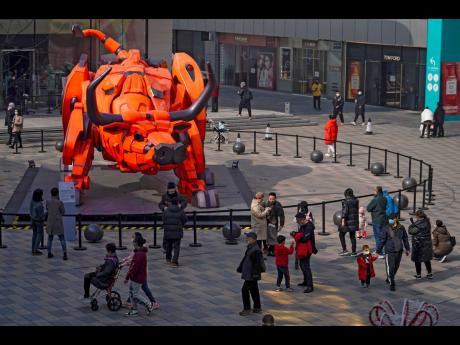 AP
People wearing face mask to help curb the spread of the coronavirus gather near an ox statue on display at the capital city’s popular shopping mall during the first day of the Lunar New Year, Year of the Ox, in Beijing. 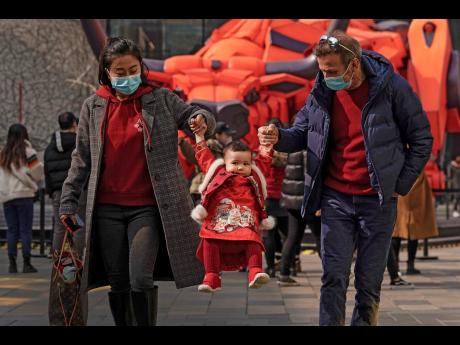 AP
A couple wearing face masks to help curb the spread of the coronavirus lift their child wearing a new year costume as they visit to the capital city’s popular shopping mall during the first day of the Lunar New Year in Beijing.
1
2
3
4
5
6
7

This is the second time I will be spending Chinese New Year in Jamaica, and it is a different experience.

On February 9, I asked my Jamaican students taking the course Survey of Chinese Culture how much they knew about Chinese New Year, and to my surprise they said they almost knew nothing, not the exact date or the customs or the food. As the biggest holiday for 1.4 billion people, I would like to give a brief introduction of some its basics to the Jamaican readers.

The calendar shows February 12, 2021 as the Chinese New Year’s Day, which we call Chunjie (Spring Festival) in Chinese. The date varies each year because it is determined by Chinese lunar calendar. It is the biggest festival in China. The year 2021 is a year of the Ox. I like this year because my daughter was born in a year of the Ox 24 years ago. The Ox is one of the 12 Chinese zodiac animals that are said to represent attributes of the persons who are born in the corresponding years. In order, the 12 animals are: Rat, Ox, Tiger, Rabbit, Dragon, Snake, Horse, Goat, Monkey, Rooster, Dog, Pig.

My wife and I did a thorough cleaning of the house a few days ago. The cleaning is important because we want to get rid of the old and welcome the new. I also had a haircut to follow the customary saying: “Being rich or poor, you must have a haircut for the Spring Festival.”

We also put up the Spring Festival couplets on the door frame to express our delight and wish for a better year. The couplets are Chinese characters written by brush or printed on red paper, always saying something nice and happy in an elegant style.

When I was in China, my wife and I would usually spent the New Year’s Eve in my parents’ house, watching the popular Spring Festival Gala on TV and prepare Jiaozi (dumplings), the typical food for the festival. The Gala, a collection of top-quality performances of the year, lasting over four hours, has been popular for more than 30 years and it draws an audience of about half a billion.

We lived in the same city with our parents, so travelling for us was not a big issue. But during the two weeks before the Spring Festival, there were billions of passengers travelling. The statistics show in 2019 the number of Spring Festival travellers is close to three billion. But during this Spring Festival holidays, concerns about the potential spread of COVID-19 and the social-distancing mandate force many people to stay where they are.

My parents gave my daughter Hongbao (red envelope) with a certain amount of cash in it. The juniors always receive these red packets until they start working to support themselves. This year, since we are in Jamaica, we have to give Hongbao via WeChat to a few of our young nieces and nephews and some of their children.

The second day is also traditionally important. The married couple, bringing their children with them, are expected to visit the wife’s parents, which always causes traffic jams before lunchtime. In those following days people either choose to visit friends or go to parties or just stay at home playing the Mahjong, a traditional Chinese game normally played by four people.

Fireworks have been fun, especially for children, but they have been prohibited in most cities in recent years, because they cause pollution and are likely to start fires. The firefighters used to be the most occupied during the Spring Festival holidays.

Most people go back to work on the sixth or eighth day, but the school and university students can enjoy a longer holiday until after two weeks later – the Lantern Festival day, when people go out to enjoy the beautiful lanterns hanging along the streets.

In Chinese culture, the Ox has been considered as a symbol of strength and power, so the year 2021 should be a hopeful and fruitful year.

Feng Lei is director of the Confucius Institute at University of the West Indies, Mona.