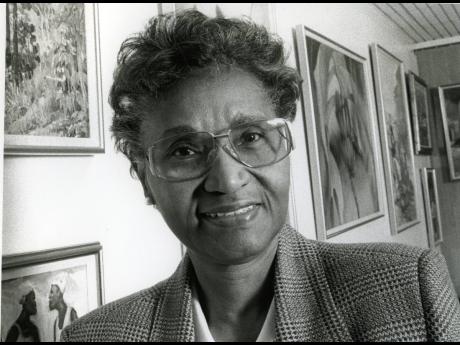 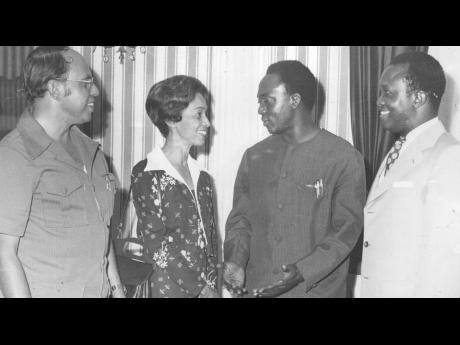 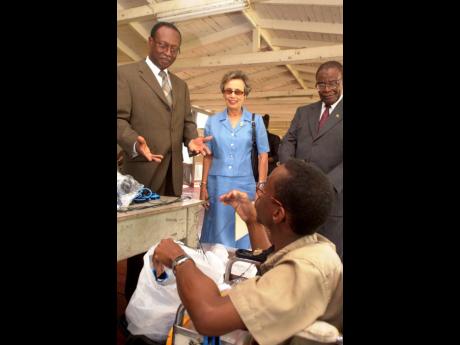 Civil service was not always a welcoming place of employment for women. Employment opportunities were very limited and discrimination was rife. If a woman was married, the doors were barred to her. The civil service in Britain and her colonies, including in the British West Indies, was male dominated. It was not until World War I that women in significant numbers were employed in the British civil service and then mainly at the lowest levels.

British women got the right to vote from 1918 onwards, which was also accorded to women in the colonies. In 1925, the British civil service permitted unmarried women to enter its higher prestigious, administrative category. The marriage bar was not lifted until 1946. Baroness Evelyn Sharpe was the first British woman to be appointed to the lofty post of Permanent Secretary in 1955.

In the Jamaican civil service, modelled on the British, although some British advances were adopted, women still could only be employed in government departments as clerks, typist/stenographers, secretaries, and office attendants. With protest from women, the Jamaican Civil Service Association, from the 1940s, advocated successfully for improvements in the employment and status of women.

In the mid-1950s, three women were promoted to or employed in the esteemed administrative category as administrative assistant (cadet) in the Jamaican civil service. They were Gloria Delores Samms (Knight), Carmen Yvonne Parris, and (Alice) Patricia Levy (Golding).

Gloria Delores Samms Knight – She was born in Kingston on January 4, 1932, the daughter of F. A. Samms and his wife, Inez. She was educated at St. Andrew High School and the University College of the West Indies. She later undertook further studies at Oxford, McGill and Johns Hopkins universities. Gloria Samms joined the civil service in 1953 as an administrative cadet in the Ministry of Labour. She married Everett Knight in 1960. and went on to a distinguished career in urban development and insurance receiving high commendations. She died in 1997.

Carmen Yvonne Parris – She was born in Browns Town, St. Ann on January 17, 1927 to Edgar Parris and Frances Eaton. She was educated at St. Hilda’s High School and the University of Toronto. She joined the civil service in 1946. In 1953, she was promoted to administrative cadet in the Colonial Secretariat. She further studied at Oxford and Columbia universities. On its creation in 1962, she was employed at the Ministry of External Affairs. In 1975, Carmen Parris became Jamaica’s first female ambassador accredited to France. She went on to have a long and successful career in Jamaica’s Foreign Service. She died in 2008.

Patricia Levy Golding – She was born in England on December 24, 1931, the daughter of Jamaican, Dr. Logan Levy, and his wife, Alice Jefferson. She grew up in Savanna-la-mar, Westmoreland and in Kingston and St. Andrew. She attended St. Andrew High School and university in England earning a sociology degree. In 1953, she was employed as an administrative cadet assigned, it seems, to the Colonial Secretariat, then to the Ministry of Trade and Industry, and the Central Planning Unit. In 1961, she married orthopaedic surgeon, Dr. John Golding. Patricia (Lady Golding) spent the rest of her working life at the Mona Rehabilitation Centre and as a leader in the Girl Guides, among her other interests.

The first woman to be appointed in a senior post in the Jamaican civil service was actually Vera Crosskill Murphy as island statistician in the Bureau of Statistics in the 1950s. A woman was not appointed permanent secretary until 1974/75 when Carmen Campbell-Belton, nee West, was appointed to the post in the Ministry of Marketing and Commerce.

In recent times, the tables have turned and information from the Jamaica Civil Service Association stated that women were 65 per cent of the staff of the civil service. The history of women in Jamaica’s civil service, it seems, requires further study and analysis.