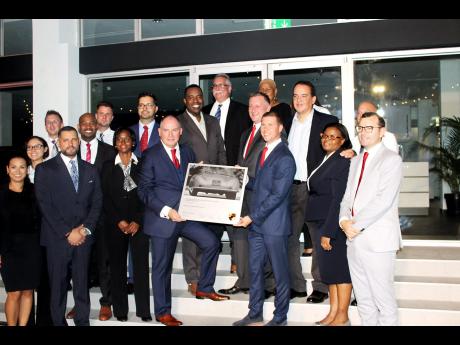 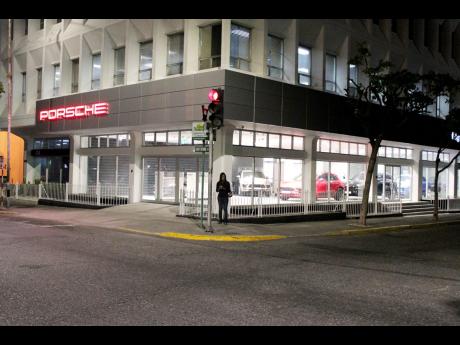 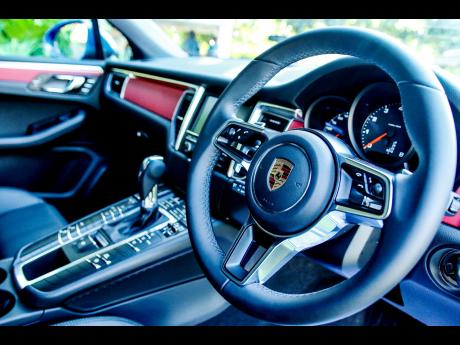 The interior of the Porsche epitomises its motto - life intensified. 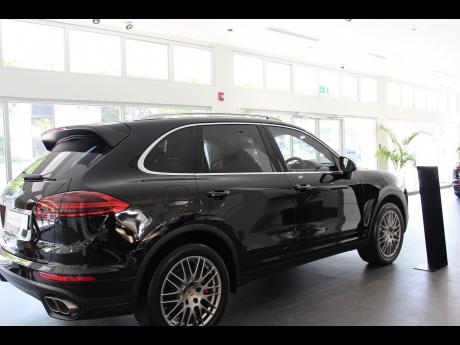 The 2017 Macan Turbo in customised Rhodium Silver sits proudly atop the Macan hierarchy with 400 hp to get you from 0-60 mph in 4.8 seconds 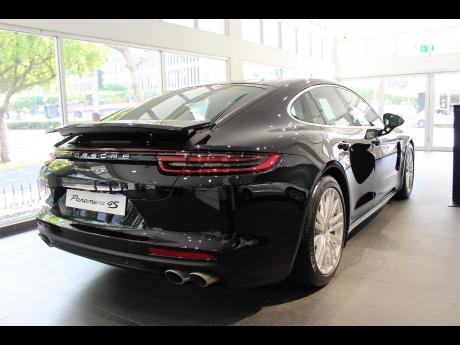 Porsche Panamera S which is priced at $33.7 million. 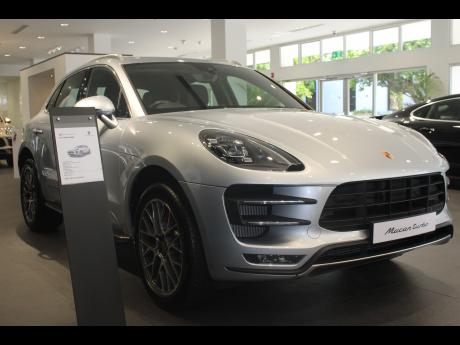 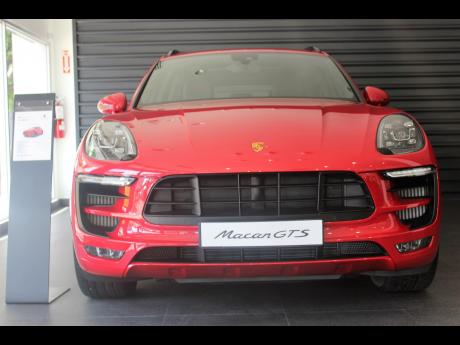 Last week Saturday, ATL Automotive Group decided to cordon off Barbados Avenue, New Kingston and transform it into a European-style soi?rÈe to host the grand opening of its Porsche showroom. While the night was calm and eventful with live entertainment and an open bar, the main attraction was the different Porsche models on display.

Outfitted with glass panels which allow motorists and pedestrians in New Kingston to see the different Porsche models, it's hard for the brand not to stand out. "We'll be boasting the entire range of models. As many will know, Porsche made its name with exclusive sports cars such as the 911 but as consumer tastes have changed, they've diversified and now include high performance SUVs such as the Cayenne and their lightest SUV ever, the Macan, which are obviously hugely relevant to our market here in Jamaica," stated Stewart.

Founded in Stuttgart, Germany 86 years ago, Porsche has now become a household name among supercars. However all this luxury and speed come at a cost which puts it in the premium-automotive bracket. Although, to be fair the entry level 2016 Macan, which is a compact SUV, starts at a competitive $14.4 million.

"Since our soft launch last December, the response has been overwhelmingly positive. Driven by curiosity at first, many persons assumed that owning a Porsche was out of reach, which is a huge compliment to the power and status of the brand itself, but side by side with other luxury vehicles currently available in the market, people have been pleasantly surprised by how realistic owning a Porsche actually is," Stewart said.

Additionally, there are options for those who are looking for an ultra premium experience such as the luxury sedan, Panamera S which is priced at $33.7 million.

As it pertains to the uniqueness of each vehicle, Stewart emphasised: "Porsche is a car that is highly personalised and no two Porsches in Jamaica will be the same - each tailored specifically for its owner's wants and needs."

He was also quick to point out that all the models will eventually be available through his dealership and he expects the SUVs to be the first hit. "Given the market here, we expect Macans and Cayennes to be very popular but we have also seen strong interest in the Panamera, 718 Boxster and 911 Carrera across gas, diesel and hybrid models. To take care of our customers who purchase hybrid models, we'll be installing charging stations at their homes and also have stations available at the showroom and service centre in Kingston and Montego Bay," said Stewart.

No stranger in the region

The brand is no stranger to this region, boasting over 20 certified auto dealers in the Caribbean and Latin America. "Mexico represents almost half of our sales in the region. With nearly 130 million inhabitants, this is not a surprise to anybody. Last year they delivered 1,499 new cars to customers out of our 3,240 units," disclosed George Wills, CEO, Porsche Latin America.

He was also very satisfied with establishing the brand in Jamaica, stating, "Our partner ATL Automotive is very well known in the region and its commitment to the brand has no limits. This is demonstrated by the fantastic new showroom."

As it pertains to our Jamaican terrain, which can be very challenging, the dealer is prepared to address the many questions customers may have. "If they [customers] choose to go with a sedan sports car, like the Panamera, it has adaptive air suspension with Porsche Active Suspension Management (PASM) which offers lift elevation of up to 20mm offering drivers protection from scraping," said Stewart.